Penelope Cruz, Javier Bardem got equal paychecks for their new movie together 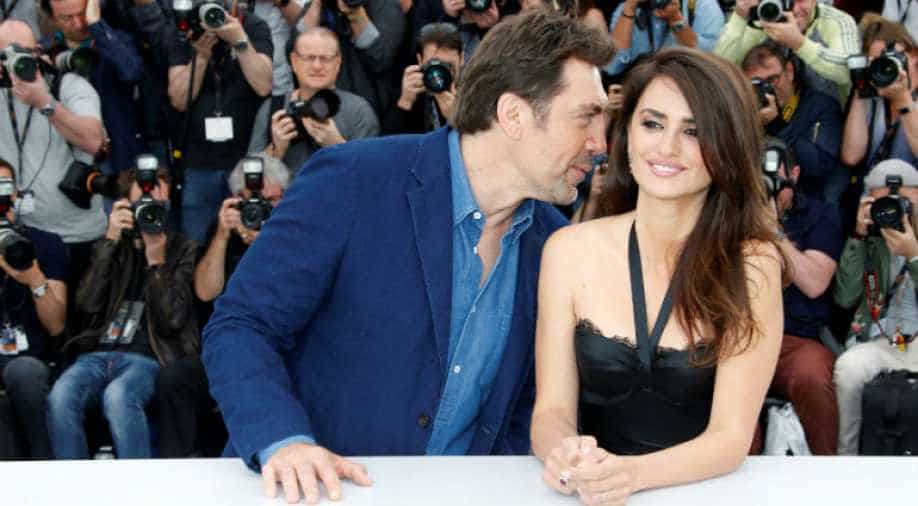 Penelope Cruz and Javier Bardem pose for the media before the opening of their new film 'Everybody Knows'. Photograph:( Reuters )

Discussion around pay disparity has been going on in Hollywood for a long time. Some of the most prominent actresses of our times were not paid equal to the male counter parts insome very iconic films. Experts feel that the entertainment industry has a long way to go when it comes to pay disparity. However, that isn`t the case with popularccouple Penelope Cruz and Javier Bardem as the actress has revealed that the duo received equal paychecks for their new movie `Everybody Knows.`

Cruz discussed her and Bardem`s salary for the movie at its premiere at the 71st Cannes Film Festival on Wednesday, reports Variety.

When asked if the couple both received the equal paychecks for their latest movie, Cruz broke out a sly smile and replied: "Actually, yes."

The Oscar-winning actress then spoke about how she works with her real-life partner, who she first collaborated with in 1992 film `Jamon Jamon`."We don`t take the characters home at the end of the day. We have similar ways of work. The fact that we know each other and trust each other helps," Cruz said.

Cruz, 44, admitted that she had a different approach to roles when she was younger."When I was in my 20s, I thought the more I would torture myself and the more I would stay in character for months, the better the result would be. I learned it`s not really related to that. I have a life and I have a job. That allows me to jump from reality to fiction," she said.