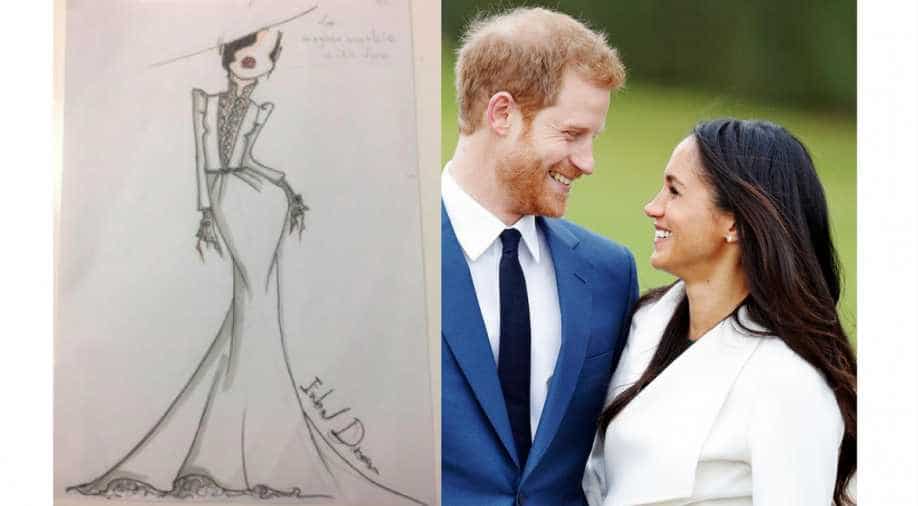 Prince Harry and Meghan Markle's romance is the stuff fairytales are made of.

Ever since the couple announced their wedding on May 19th, 2018, the world has glued themselves to an update on the royal wedding.

Watch: Prince Harry proposed to Meghan Markle while he was cooking

As can be seen in the sketches, the dress is a figure-hugging gown that looks like pure perfection complete with hat and gloves.

As revealed by the designer to the website, Dror submitted three official designs to the Buckingham Palace. The three sketches read as, “For Meghan Markle, with love Inbal Dror.”

The first sketch is a Victorian-era inspired floor-length gown with puffed shoulders and neckline that goes up right till the waist. The gown also features intricate lace detailing at the cleavage, wrists and ankles that gives it a beautiful vintage feel. The cherry on the top is in the so dramatic trail that goes on forever.

The second sketch has a similarly patterned gown but with a subtle trail.

The third sketch has a ballroom gown feel to it. With a low-cut neckline and frills, the gown is oh-so-beautiful.

On 21 December, Kensington Palace tweeted first official engagement photos of the royal pair, much to the delight of all those desperately waiting to see them together as a married couple.