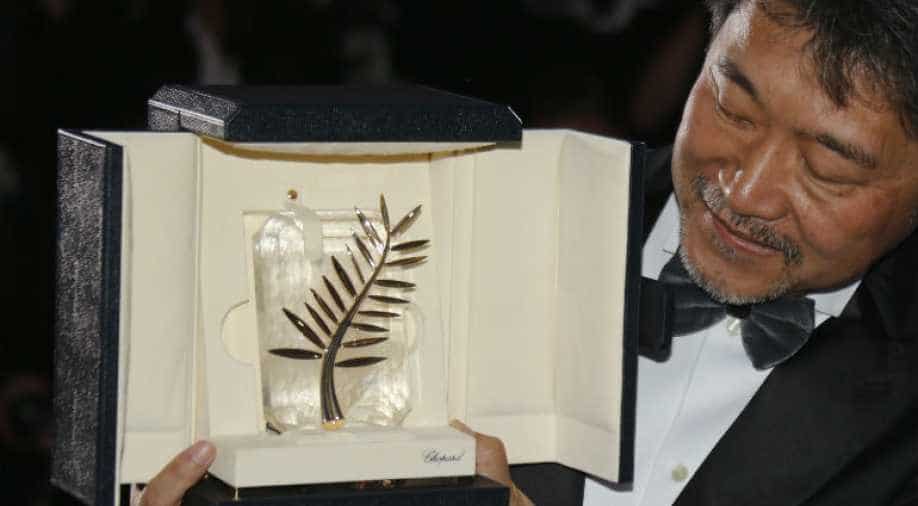 Kore-eda is only the second Asian Palme d'Or winner this millennium (after Thailand's Apichatpong Weerasethakul for 'Uncle Boonmee Who Can Recall His Past Lives', 2010). This is the seventh time that a director from Asia has bagged the coveted trophy.

The director, who was contesting in the festival's main competition for the fifth time, won the Palme d'Or for the deeply felt film about a cobbled-up family existing on the margins of society and fighting to prevent itself from imploding.

The Best Director prize went to Poland's Pawel Pawlikowski for the wonderfully well-crafted black-and-white 'Cold War', a 1950s story of impossible love between a music composer and a gifted singer, two strong-willed individuals from dissimilar backgrounds drawn to each other amid disruptions caused by history.

Asian, Arab, and women filmmakers scored big at the closing ceremony of this year's festival.

On Wednesday, in the parallel Cannes Critics' Week, the Franco-Indian co-production 'Sir', directed by debutante Rohena Gera, had won the Gan Foundation Award for Distribution. The film's principal characters-  a wealthy young Mumbai man and his efficient, ambitious housemaid are played by Vivek Gomber and Tillotama Shome.

The section's top prize 'the Grand Prix' went to the Brazilian comedy-drama 'Diamantino', about a footballer whose life is upended by an error in a crucial World Cup final and the death of his father.

Besides Kore-eda, Iranian auteur Jafar Panahi (along with co-screenwriter Nader Saeivar) figured on the Cannes 2018 winners list with 'Se Rokh' (3 Faces), which shared the Best Screenplay prize with Italian director Alice Rohrwacher's 'Lazzaro Felice' (Happy as Lazzaro). Lazzaro, one of three women directors in the fray, joined Labaki among this year's winners. The only woman who missed out was Eva Husson, whose "Girls of the Sun", was panned by the critics.

In the sidebar, Un Certain Regard section, where Iranian-born Danish filmmaker Ali Abbasi won the top prize for 'Grans' (Border), a multi-layered, angst-filled identity drama served up with a liberal dose of Nordic mythology,

Morocco's Meryem Benm'Barek bagged the best screenplay award for 'Sofia', a film that, with empathy and courage, addresses the sensitive theme of pregnancy out of wedlock in her conservative country.

Nandita Das' 'Manto', which was the only Indian film to make it to the Un Certain Regard section, did not manage to bring any trophy home.

The acting honours went to Italian Marcello Fonte for his deeply affecting performance as the tragically vulnerable dog-washer in a small town in Matteo Garrone's 'Dogman' and Kazakhstan's Samal Yeslyamova for her performance as an illegal immigrant who abandons her newborn child in a cold, forbidding Moscow in Sergey Dvortsevoy's 'Ayka'.

Jury president Cate Blanchett announced a Special Palme d'Or to 88-year-old Jean-Luc Godard's 'The Image Book'. The French New Wave pioneer was absent- he has never attended the festival since 2004 - and the film's producers accepted the honour on his behalf.