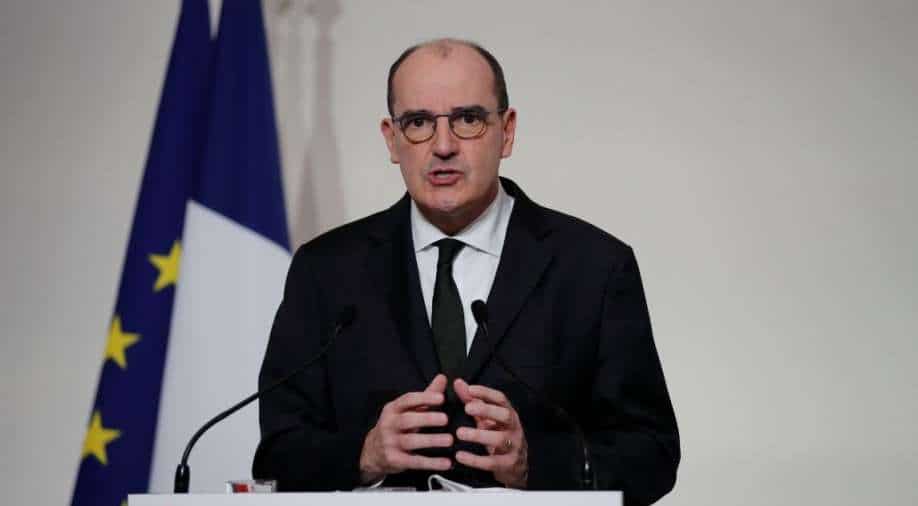 After a spate of attacks, which critics fear risks targeting all Muslims, France argues the legislation is needed to shore up the country's staunchly secular system but the plan has further stirred up social tensions over the consequences for Europe's largest Muslim community.

"The enemy of the Republic is a political ideology called radical Islamism, which aims to divide the French among themselves," Prime Minister Jean Castex told Wednesday's edition of Le Monde.

France argues that rather than targeting Muslims the anti-extremism bill aims to "free Muslims from the growing grip of radical Islamism".

The legislation will be discussed at a cabinet meeting at the Elysee Palace with Castex announcing the outcome in the early afternoon.

It has been criticised by Muslim leaders including Turkish President Recep Tayyip Erdogan while on Tuesday the US envoy on international religious freedom said he was concerned by the bill.

"There can be constructive engagements that I think can be helpful and not harmful," Ambassador Sam Brownback told reporters.

"When you get heavy-handed, the situation can get worse," he said.

Following criticism of that term, it is now called a "draft law to strengthen republican values", mostly secularism and freedom of expression.

The law was in the pipeline before the murder in October of Samuel Paty, a junior high school teacher who was attacked in the street and beheaded after showing cartoons of the Prophet Mohammed in a class.

But the killing, committed by an 18-year old Chechen after a virulent social media campaign against the teacher, gave fresh impetus to the bill, prompted the inclusion of the specific crimes of online hate speech and divulging personal information on the internet.

Paty's death is one in a string of jihadist-inspired attacks in France this year including a knife assault outside the former offices of the Charlie Hebdo satirical magazine and deadly stabbings at a church in the Mediterranean city of Nice.

The draft law sets out stricter criteria for authorising home schooling of children over three years old in a bid to prevent parents taking their children out of public schools and enrolling them in underground Islamic facilities.

Doctors, meanwhile, would be fined or jailed if they performed a virginity test on girls.

Polygamy is already outlawed in France, but the new law would also ban authorities from issuing residency papers to polygamous applicants.

It would also require city hall officials to interview couples separately prior to their wedding to make sure that they were not forced into marriage.

Macron has become a figure of hate in some Muslim countries, with some boycotting French products, after saying that the right to blaspheme would always be guaranteed in France and that Islam was "in crisis".

Macron has also been forced onto the defensive by critical headlines in influential English-language media, such as the Financial Times and New York Times.

Muslims in France -- the former colonies of which include predominantly Muslim countries in north and west Africa as well as the Middle East -- are estimated at nearly four million, about six percent of the population.

Once, as is expected, the cabinet backs the draft law, it heads to parliament at the start of next year for what promises to be a heated debate.

France's state council, which advises the government and the National Assembly on future laws, has already signalled that some parts of the bill, especially on education, may clash with the principle of freedom of choice enshrined in the French constitution.