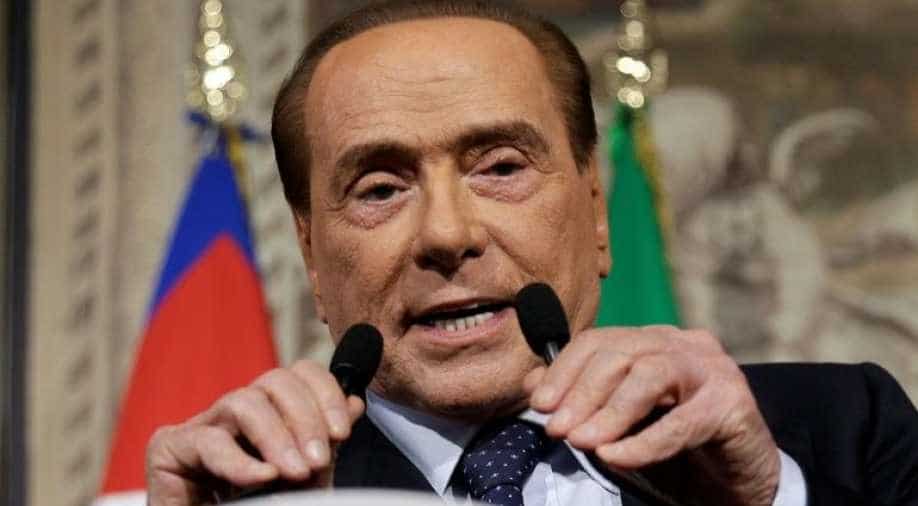 He is 83 and has lost most of his former support, but Italy`s four-times prime minister Silvio Berlusconi is manoeuvring to put his centre-right Forza Italia party back into government and could make his move as early as September, sources say.

Berlusconi aims to exploit divisions in the ruling coalition over whether Italy should seek a loan from the euro zone`s bailout fund which could provide cheap money for its coronavirus-battered health system, say sources close to the media tycoon.

Also read: Italy considering whether to exclude Huawei from its 5G network

The centre-left Democratic Party (PD) wants Italy to tap the fund, known as the European Stability Mechanism (ESM), while the co-ruling anti-establishment 5-Star Movement is fiercely against the proposal, saying it will pave the way for austerity.

The issue is lacerating the coalition and a 5-Star party source says it could bring down the government when the vote is held, probably in September.

"When it happens, there will be an attempt to form a new majority, and the underlying division in the 5-Star between those who want to stay in government and those who don`t will come to light," the 5-Star source said.

Also read: US passport is now on par with Mexico

With the economy reeling from the coronavirus pandemic, the ESM is not the only problem facing the coalition parties, which often quarrel over issues ranging from justice to reform of public tender rules.

Berlusconi`s rightist allies, the League and Brothers of Italy, share 5-Star`s position on the ESM, but the ex-premier has broken ranks, lining up with the PD and presenting a pro-European image.

"We will vote in favour of the ESM because it is for the good of Italy," Berlusconi told daily newspaper Corriere della Sera on Wednesday. He denied any party political motives.

With the political jigsaw increasingly complex, such a scenario could pave the way for a new government centred on the PD and Forza Italia, a mainstream, pro-European option that may go down well with Italy`s partners and financial markets.

No taboo
The PD says it wants an open discussion with Forza Italia in the name of their shared commitment to the EU. Former centre-left leader Romano Prodi, who defeated his long-time rival in two national elections, said on Wednesday bringing Berlusconi into government "should certainly not be seen as a taboo".

"Conte is telling the 5-Star he is able to find new supporters if they become an obstacle," said Giovanni Orsina, director of the School of Government at Rome`s Luiss University.

"Berlusconi is allied with the eurosceptics but at the same time he is a pro-European, so he is at the centre of the two political camps," Orsina said.

Berlusconi denies seeking a strategic marriage with the PD, his traditional adversary, and says new elections remain his favoured outcome. But with Forza Italia`s poll ratings down to around 7%, a senior party source said its members had little appetite for a new vote.

Moreover, with the euro zone`s third largest economy set to contract by around 10% this year, a new election is widely considered unlikely due to the risk of political instability.

"If this government collapses, lawmakers from different parties ready to support another coalition to avoid losing their seats would immediately emerge," the Forza Italia source said.