The number of confirmed cases of infections nationally was 1,975 Sunday.

The mayor of Wuhan said he expected a thousand more confirmed cases infected with the deadly SARS-like virus, according to state broadcaster CCTV.

Zhou Xianwang said "it was possible to add about 1,000 cases" based on the number of patients in hospital being tested or undergoing observation in the city.

The number of confirmed cases of infections nationally was 1,975 Sunday.

Overwhelmed staff, patients waiting for hours to see a doctor, people fending for themselves: Wuhan residents describe scenes of chaos from one swamped hospital struggling to cope with crowds who may be infected by the new coronavirus.

The city of 11 million is the epicentre of the new SARS-like epidemic and has been in quarantine since Thursday -- with nobody allowed to leave as the government tries to contain its spread.

At one Wuhan hospital AFP visited, there were long queues of sick patients, many coughing, with overwhelmed staff unable to process them quickly.

Outside the Red Cross facility -- which is one of the hospitals people are sent to for initial tests if they show signs of infection -- patients told AFP they felt exasperated and helpless.

"It has been two days since I slept, and I have been wandering from hospital to hospital," said a man in his 30s, who was trying to see a doctor because he was worried he might be infected.

"At this rate, my turn will be tomorrow morning at best."

Nearly 2,000 people have been infected across the country and 56 have died -- mostly in Hubei. 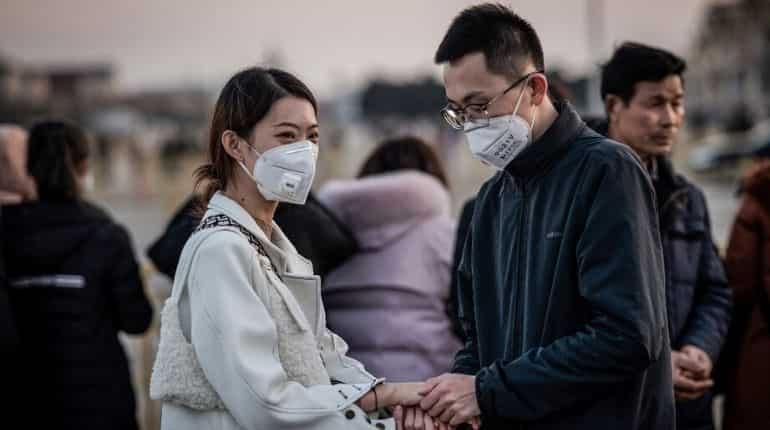 Those who spoke to AFP told of extremely long queues and disorganisation.

One spoke of a fear that sick patients with fevers will infect each other while waiting in long queues, even if they didn't have the coronavirus when they first arrived at the hospital.

Another man said he had seen several people faint while waiting.

Many people carried their own plastic stools to sit on, while one pragmatic man had brought a lounge chair with him.

Volunteers were taking patients to the hospital on Sunday after cars were ordered off the road. Authorised neighbourhood committees were transporting patients instead.

"There are no cars, so we are responsible for taking them there," said one volunteer, 40-year-old Yin Yu.

The health crisis struck just before the Lunar New Year -- the most important date of the Chinese calendar, when millions of workers travel across the country to visit family -- putting more pressure on the understaffed hospital.

"It takes at least five hours to see a doctor," one woman, who didn't want to be named, told AFP.

The woman, who was with her son, said the management of the hospital was "really messy".

An old man wearing a Mao cap said he had waited all day to see a doctor, only to be sent home because of a "lack of room". 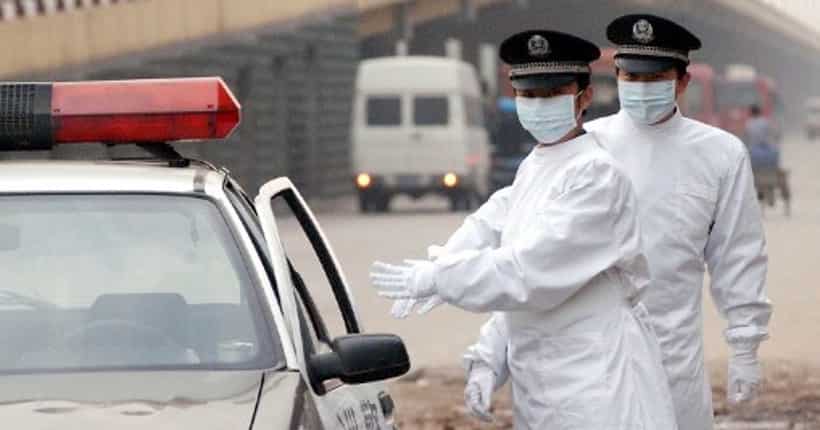 AFP saw some patients inside the hospital who were without masks, despite city orders that anyone going out must wear them.

Patients were taking their own temperatures with mercury thermometers, by mouth or armpit, and there were no checks on anyone entering or leaving the hospital.

And there was no sign that the flow of patients would ease up.

"Do not spread rumours. If you feel unwell, go to the hospital in time," was the message played over loudspeakers in the city.

Wuhan hospitals are "saturated", the Municipal Health Commission admitted to the People's Daily.

Faced with a congested medical system, authorities are racing to build two hospitals of over a thousand beds each within two weeks, and deployed hundreds of medical reinforcements to Wuhan.

"There is no more space, the staff are overwhelmed, there is a shortage of some medicine, and patients are being left to fend for themselves," said one 30-year-old.

He showed AFP pictures on his smartphone of a patient lying on the floor attached to a respiratory device.

AFP was unable to verify the authenticity of the photograph.

The vast majority of cases have been reported in Hubei, and several Wuhan residents said they think the figure is far below the real number.

One person said there were "many deaths" in the hospital, and he did not believe the bodies were properly removed.