Canada objects to US plan to post troops at border 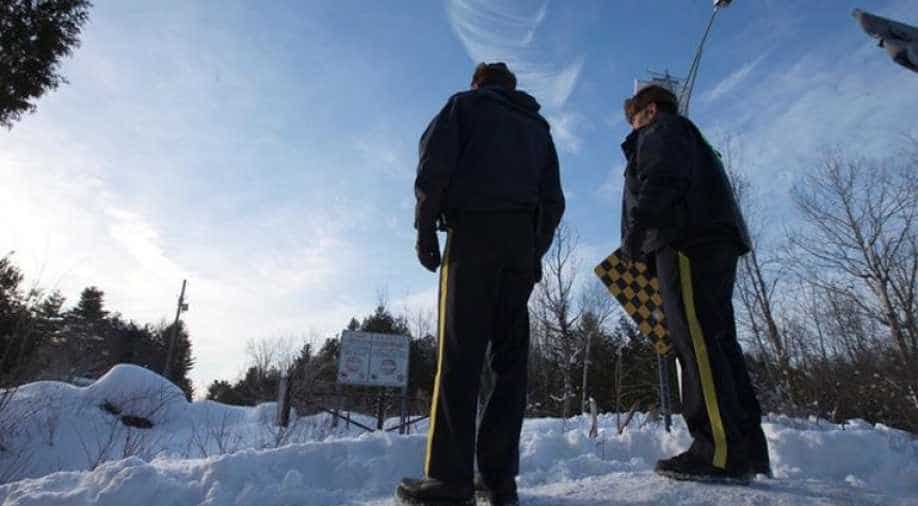 Canada opposes a plan by the United States to send  troops to its northern frontier to catch border jumpers who may be carrying COVID-19, Prime Minister Justin Trudeau said Thursday.

Trudeau and Deputy Prime Minister Chrystia Freeland were responding to a Global News report that said White House officials are discussing such a military deployment to the recently closed border, the world's longest at 8,900 kilometres (5,500 miles).

Amid the coronavirus pandemic it was temporarily shut as of Saturday to all non-essential travellers on both sides, but not cross-border trade.

"Canada and the United States have the longest unmilitarised border in the world. And it is very much in both of our interests for it to remain that way," Trudeau told a daily briefing.

He said his administration has highlighted to the US that the flow of people and trade "has benefited our two countries and our economies tremendously. And we feel that it needs to remain that way."

Freeland went further, warning: "In Canada's view this is an entirely unnecessary step which we would view as damaging to our (bilateral) relationship."

She noted at a news conference that Washington had yet to make a decision, but added, "We do not believe at all that there would be a public health justification for (the US) to take this action.

"We've said we don't think this is the right way to treat a trusted friend and a military ally."

American troops
An estimated 400,000 people and $2 billion worth of goods normally cross the border each day.

Global News said fewer than 1,000 American troops would be stationed within 30 kilometers (20 miles) of the Canadian frontier, between official border checkpoints, and use sensor technologies to detect irregular crossers.

Under the proposal, the US military would advise American border agents, who would be sent to intercept them.

According to the latest government data, US officials apprehended 4,400 migrants at the Canada-US border in the 12 months to September 30, 2019, compared to 15,700 who crossed irregularly into Canada from the United States during the period.

Freeland said Ottawa "forcefully" pushed back against the border proposal, reminding in discussions with US officials that the two nations are "very close military allies," including partners in NORAD and NATO.

She also pointed to the recently ratified US-Mexico-Canada free trade pact and last week's agreement on border restrictions as evidence the two countries can work well together.

"In view of all of these connections and the importance of the (bilateral) relationship, Canada is strongly opposed to this US proposal," she said.