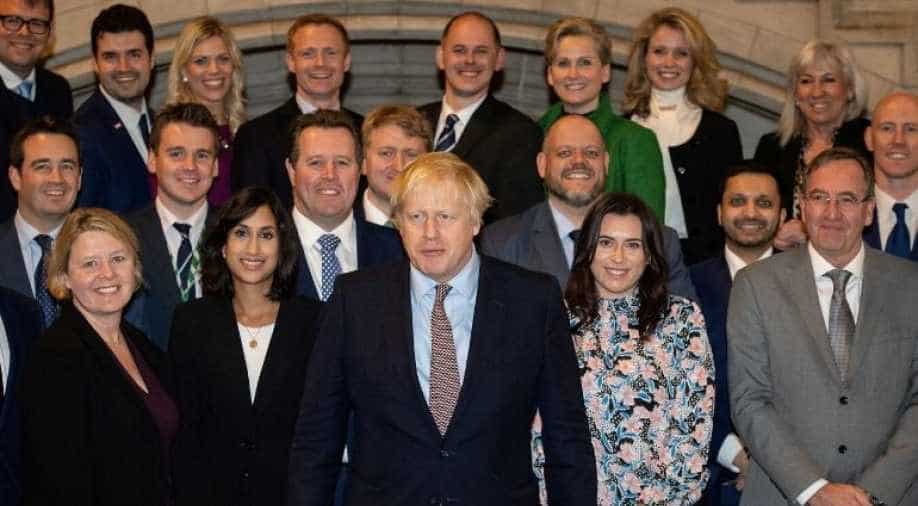 In his boldest move since winning a majority in Thursday's election, Johnson will use his control of parliament to outlaw any extension of the Brexit transition period beyond 2020

British Prime Minister Boris Johnson will use the prospect of a Brexit cliff-edge at the end of 2020 to demand the European Union gives him a comprehensive free trade deal in less than 11 months.

In his boldest move since winning a majority in Thursday's election, Johnson will use his control of parliament to outlaw any extension of the Brexit transition period beyond 2020.

"Our manifesto made clear that we will not extend the implementation period and the new Withdrawal Agreement Bill will legally prohibit government agreeing to any extension," a senior government official said on Tuesday.

After the United Kingdom leaves the European Union on January 31, it enters a transition period in which it remains an EU member in all but name while both sides try to hammer out a deal on their post-Brexit relationship.

A comprehensive free trade deal would encompass everything from financial services and rules of origin to tariffs, state aid rules and fishing, though the scope and sequencing of any future deal is still up for discussion.

Sterling dropped as much as 0.7 per cent to $1.3236 in Asia after ITV first reported the move.

By enshrining in law his campaign promise not to extend the transition period beyond the end of 2020, Johnson cuts the amount of time he has to strike a trade deal to 10-11 months from nearly three years.

While Johnson's large majority gives him the flexibility to change the law should he need to, he is sending a message to the EU whose leaders have cautioned London that more time would be needed for a comprehensive trade deal.

"We are going to make sure that we get this deal done in time," Michael Gove, one of the most senior ministers in Johnson's government, told the BBC.

Johnson and US President Donald Trump said on Monday they looked forward to continued close cooperation and the negotiation of an "ambitious" UK-US free trade agreement.

If the United Kingdom and the EU failed to strike a deal on their future relationship and the transition period was not extended, then trade between the two would be on World Trade Organisation (WTO) terms more burdensome for businesses.

The EU hopes to start trade talks with Britain by March, leaving just 10 months to strike a deal and get it approved by London and the EU, including member states’ parliaments.

The EU insists it will not seal a trade deal with a large, economically powerful neighbour without solid provisions to guarantee fair competition.

The EU’s demands will focus on environmental and labour standards, as well as state aid rules to ensure Britain would not be able to offer products on the bloc’s single market at unfairly low prices.

Britain’s conundrum is that it will be under pressure to loosen rules on agricultural and food standards to strike a bilateral trade deal with the United States.

But this would be crossing a red line for the EU, which would restrict access to its market to protect its own producers.

Fishing is a particularly thorny issue as EU countries will no longer be able to operate in British waters as they do now.

With industry supply chains in the EU crossing borders multiple times for products like cars and drugs, agreeing exact rules to designate where products come from - and hence what regulations and taxes apply will also be fraught.

"It will be very complicated. It’s about an array of relations, in trade, in fishing and cooperation in security and foreign policy,” German Chancellor Angela Merkel told an EU summit news conference on Friday.