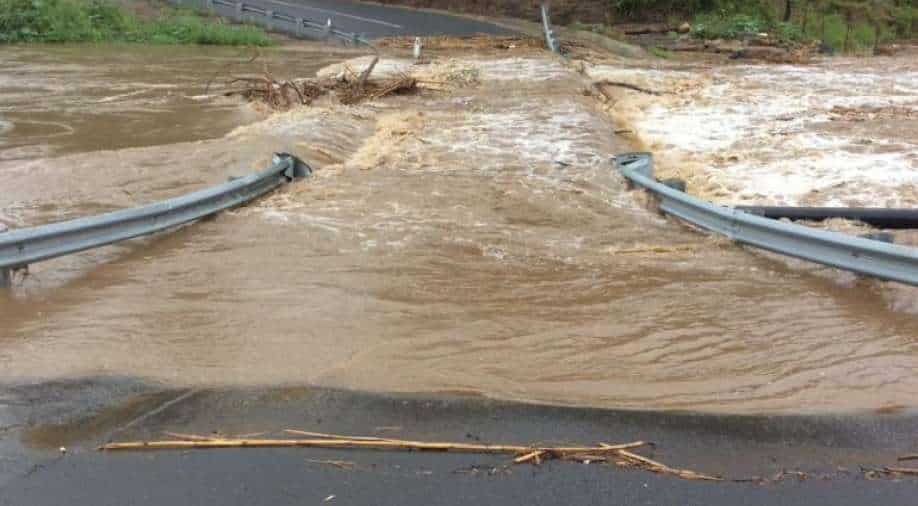 The rivers reached 23 metres in the month of February, and flooded 800 houses and business in the town. (Image courtesy: AnnastaciaMP) Photograph:( Twitter )

In the month of February, 68 houses were flooded and about 300 properties in the area were predicted to be affected.

Several warnings were issued and residents of Queensland have been advised to prepare their homes and evacuate if necessary.

About a dozen or so warnings have been issued.

The storm is now moving towards Brisbane and the heavily populated southeast area of Queensland. A person was killed earlier this week in the flooding in the states’ north, reported BBC.

The rivers reached 23 metres in the month of February and flooded 800 houses and businesses in the town. On Friday (May 13), floods in the Locker Valley, west of Brisbane, swamped some towns and cut off a major highway.

In the month of February, 68 houses were flooded and about 300 properties in the area were predicted to be affected.

According to the Royal Automobile Club of Queensland, flooding has closed over 550 highways across the country. Due to extreme circumstances, including strong gusts and dangerous waves, beaches across the state were closed, including all Gold Coast beaches, The Guardian reported.

The Bureau of Meteorology predicted heavy rains on Friday (May 13) and said this might result in life-threatening flash floods and landslides. For the second time in recent months, residents in Gympie, north of the state capital, have been advised to expect flood in areas, BBC reported.

On May 21, Australians will vote in a federal election in which climate change is an important topic. Several protests have taken place where people demanded the government keep climate change in mind. The country has suffered severe drought, and historic bushfires earlier.