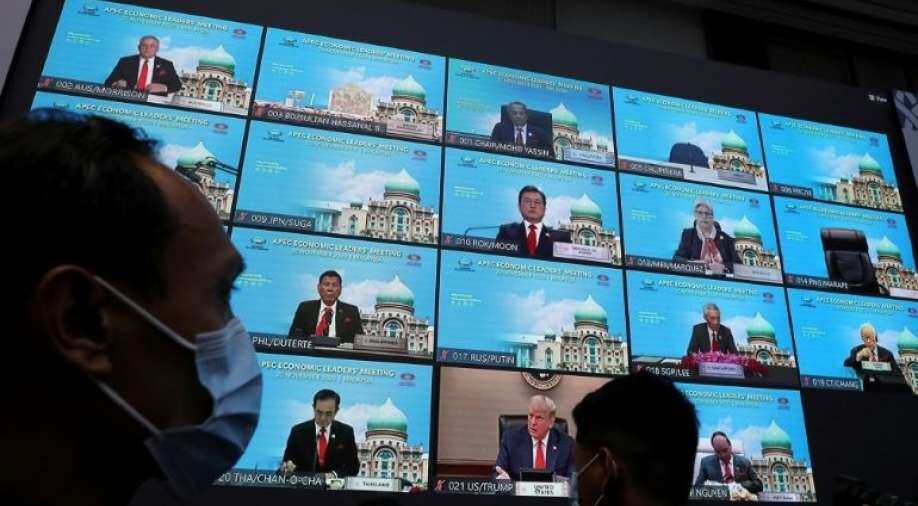 Ministers from the Asia-Pacific trade group APEC on Saturday agreed to review trade barriers and expedite the cross-border transit of COVID-19 vaccines and related goods but stopped short of a broad commitment to remove tariffs.

Also Read | Where do vaccine doses go, and who gets them? The algorithms decide

A meeting of trade ministers from the 21-economy group, which includes the United States, China and Japan, also produced pledges to support World Trade Organization negotiations for an intellectual property waiver on COVID-19 vaccines.

In three statements issued after the meeting, the ministers said they would "expedite the flow and transit of all COVID-19 vaccines and related goods through their air, sea and land ports."

"We will consider voluntary actions to reduce the cost of these products for our people, particularly by encouraging each economy to review its own charges levied at the border on COVID-19 vaccines and related goods," one statement said.

The ministers also said they were committed to working to facilitate the movement of essential goods and minimize disruptions to networks critical to keeping supply chains operating smoothly.

Also Read | Colleges say students must get a Covid vaccine. But no, not that one.

"APEC economies should prioritise identifying unnecessary barriers to trade in any relevant services that may hinder expediting and facilitating the movement of essential goods, and should ensure consistency of any such barriers with their World Trade Organization" obligations, the statement said.

Vaccine-related trade barriers, including export restrictions, tariffs and other import barriers, have been viewed as contributing to a relative lack of vaccine access in developing countries.

Average APEC tariffs on vaccines are low at around 0.8 per cent, but other goods important in the vaccine supply chain face higher tariffs. Alcohol solutions, freezing equipment, packaging and storage materials, vials and rubber stoppers face average tariffs above 5 per cent, and tariffs can be as high as 30 per cent in some APEC economies.

Prior to the start of the virtual meeting, host New Zealand had wanted APEC members to agree on "best practices guidelines" on the movement of vaccines and related medical products across borders, a person familiar with the talks told Reuters

APEC gatherings in recent years have struggled to reach agreements due to former US President Donald Trump's trade war with China. The new Biden administration has promised a more multilateral approach.

New Zealand viewed an agreement as important to show that APEC is responsive and relevant to the crisis facing the world.

The ministers said they will work proactively and urgently in WTO negotiations aimed at agreeing on a temporary waiver of intellectual property rights on vaccines "as soon as possible" and no later than the WTO's ministerial conference scheduled for the end of November.

US Trade Representative Katherine Tai, who last month announced her support for a waiver, told a news conference before the meeting that she was encouraged by the progress of those talks.

"What I've heard from these few days of interaction with my fellow ministers from the APEC region is broadly an agreement that we need to increase access to vaccines, increase supply of vaccines," Tai said.

New Zealand's trade minister, Damien O'Connor, said there is a range of challenges around the production and distribution of vaccines that can be addressed to improve supply around the world, but gaining patent waivers could still be an obstacle.

"Having looked at all those challenges, if it is IP that is holding us back, I think that there will be consensus reached at the WTO. And I think as APEC economies, we certainly are going to ask for that to be considered seriously," he said.

The APEC trade ministers also said the WTO needed to strengthen its credibility by concluding decades-long negotiations to curb harmful fisheries subsidies, with a "comprehensive and meaningful agreement" by July 31.

The group called on its member officials to explore options to undertake a "potential voluntary standstill on inefficient fossil fuel subsidies," with a progress report expected in November.