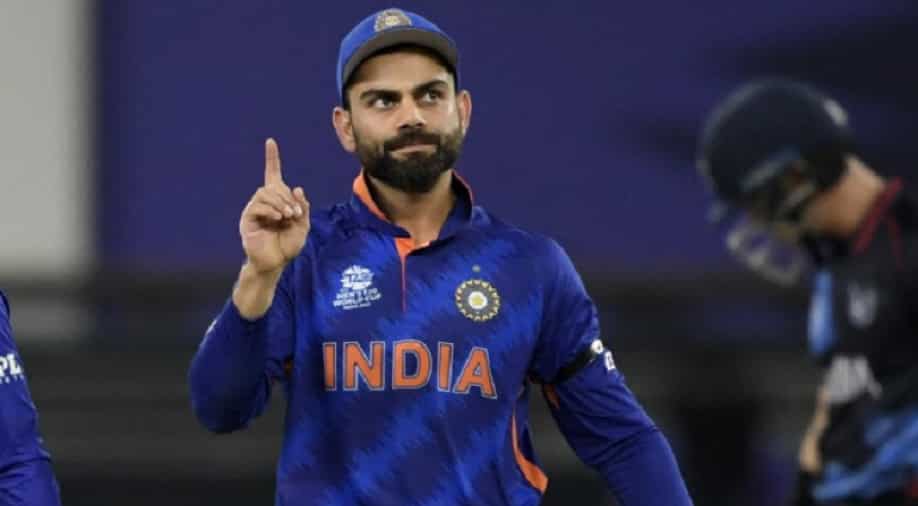 Virat Kohli is the second most searched personality in India in 2021, as per Yahoo. Photograph:( AFP )

Indian cricket team's Test and ODI captain Virat Kohli is ranked second on the list of most searched Indian personalities in the year 2021. Kohli, who enjoys a massive fan following across the globe and is the most followed cricketer on social media, finished behind only Indian Prime Minister Narendra Modi on the elite list.

PM Modi has claimed the title of India's Most Searched Personality consistently since 2017, barring last year when late actor Sushant Singh Rajput took the top spot. As per Yahoo's India year-ender list of 2021, Kohli is second on the overall list and is also the most searched sports personality of 2021 followed by former India captain MS Dhoni.

Despite having retired from international cricket in 2019, Dhoni is one of the most popular cricketers in India and enjoys a staggering fan following across the nation. Dhoni has led Chennai Super Kings (CSK) in the last two seasons in the Indian Premier League (IPL) post his retirement from international cricket and continues to remain one of the most inspirational figures in world cricket.

While he is second on the list of most followed sports personalities in India in 2021, he claimed the sixth spot on the list of the most searched personalities of the year. India's Olympic golden hero Neeraj Chopra was ranked 19th while ace shuttler PV Sindhu also featured in the cricket-dominated list.

The 2021 Year in Review India from Yahoo is a collection of the year's top personalities, news makers and events based on daily search trends.

Also Read: Will Hardik and Rahul play together in IPL? Daniel Vettori suggests there may be 'alliances forming'

Kohli, who stepped down as India's T20 captain earlier this year, is currently leading the Indian team in the ongoing second Test of the two-match series against New Zealand at home. Kohli had missed the first Test of the series as he was rested after the T20 World Cup 2021 but is back in action once again.