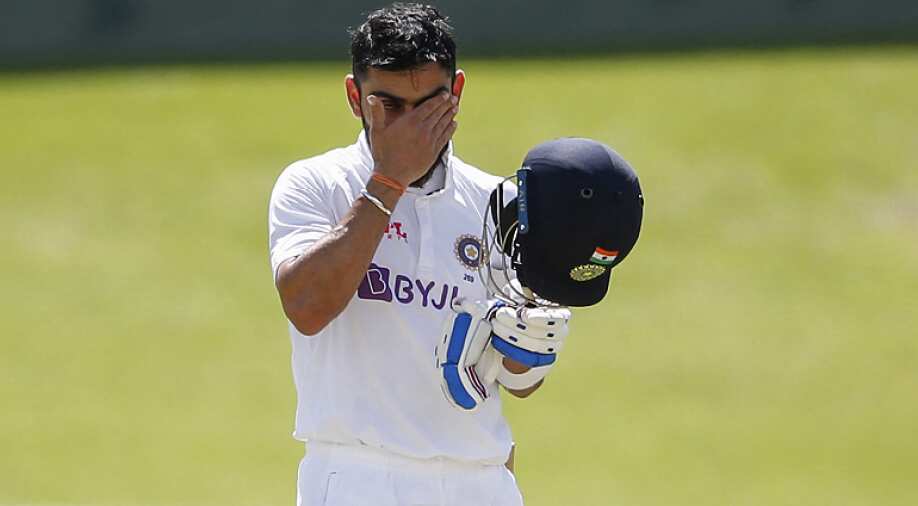 Indian Test skipper Virat Kohli endured another poor outing in the ongoing first Test against South Africa as he ended the year 2021 without a century across formats.

Indian captain Virat Kohli failed to bring an end to his century drought in 2021 as he was dismissed on a low-key score of 18 off 32 balls in India's second innings of the ongoing first Test against South Africa on Wednesday. Kohli looked disappointed in the dressing room as he watched the replays of his dismissal.

After scoring 35 runs in the first innings, Kohli was expected to notch up a big score in the second innings when he came out to bat at no.5 in the Boxing Day Test in Centurion. He looked composed in the middle and was looking in fine form before making a costly mistake against Marco Jansen.

In what was the exact replica of his dismissal against Lungi Ngidi in the first innings, Kohli once again went for a wider delivery and ended up getting caught at the slip after an edge. Jansen bowled one quite outside off post lunch and Kohli went after it.

It was a thick edge off his bat and South Africa keeper Quinton de Kock was quick to grab the catch as the Indian captain was dismissed on 18 off 32 balls. Kohli looked dejected as he walked back to the dressing room after getting dismissed. The 18-run-knock meant the Indian captain has now gone another year without a century across formats.

The run machine, who was once scoring centuries at will in all three formats of the game, has not scored a hundred since November 2019. He has now gone over two years without scoring a century in international cricket. Kohli had been touted by many to end the rough patch in the ongoing Test series against South Africa, however, the Indian skipper is off to a poor start.

Also Read: My father would cycle 30km to take me to coaching camp: Shami recalls struggles after 200 Test wickets

He ended the year with scores of 35 and 18 in the Centurion Test against the Proteas and failed to grab the opportunity of helping India extend their lead in their second innings of the Boxing Day game. Nonetheless, India's lead is now of more than 300 runs which gives the visitors a great chance at winning the first Test.