'Those who say cricket is a batsman's game...': Gambhir's tweet for Harbhajan on retirement wins hearts 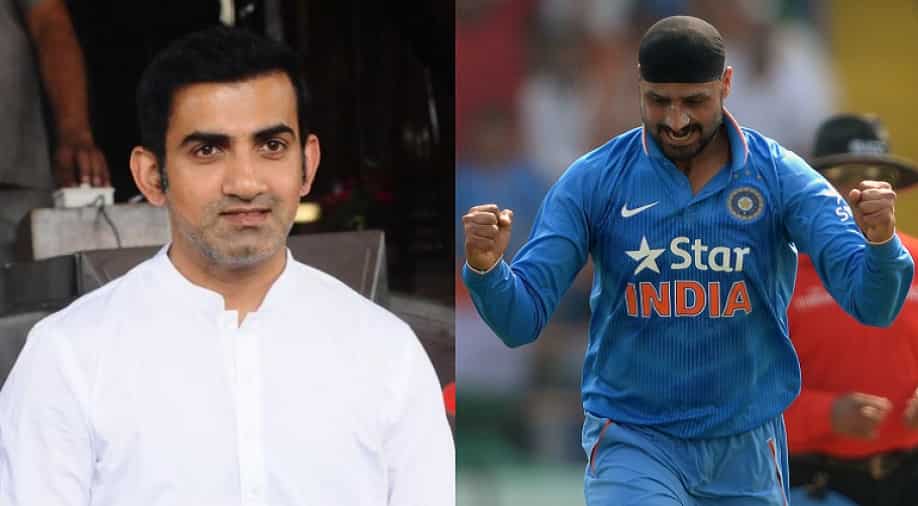 Former India opener Gautam Gambhir paid tribute to veteran spinner Harbhajan Singh as the latter announced his retirement from all forms of cricket on Friday (December 24).

Veteran Indian spinner Harbhajan Singh announced his retirement from all forms of cricket on Friday (December 24). The off-spinner last played for Team India in March 2016 and had since been plying his trade in the Indian Premier League (IPL). The 41-year-old took to Twitter on Saturday to announce his decision and thanked everyone who had a part to play in his 'beautiful journey'.

Tributes poured in from all corners as Harbhajan bid adieu to the game. One of the most successful spinners India has ever produced, Harbhajan was the first Indian to take a hat-trick in Tests and the youngest Indian to reach the milestone of 400 Test wickets.

His former teammate and ex-India opener Gautam Gambhir came up with a heartwarming tribute for the veteran spinner on his retirement. Terming him a true superstar, Gambhir said those who say cricket is becoming a batsman's game should look at Harbhajan's career.

"Those who say cricket is becoming a batsman’s game should look at your career. You’re a true superstar  @harbhajan_singh," Gambhir wrote in a tweet.

Those who say cricket is becoming a batsman’s game should look at your career. You’re a true superstar @harbhajan_singh! pic.twitter.com/LkLywlFGkO

Gambhir and Harbhajan were part of several memorable victories for Team India between 2003 to 2012. The duo was part of the Indian squad which won the 2007 T20 World Cup and the 2011 ODI World Cup under MS Dhoni's captaincy. They enjoyed some memorable victories both at home and away from home together.

Harbhajan signs off as India's 4th highest wicket-taker in Tests with 417 scalps to his name in 103 matches. He picked up 269 and 25 wickets in 236 ODIs and 28 T20I matches respectively. Harbhajan remains India's second-highest wicket-taker across formats behind only the legendary Anil Kumble.

Harbhajan also shone throughout his IPL career, playing for teams like Mumbai Indians, Chennai Super Kings and the Kolkata Knight Riders. He picked up a total of 150 wickets in 163 IPL matches and is the 5th highest wicket-taker in the competition's history.