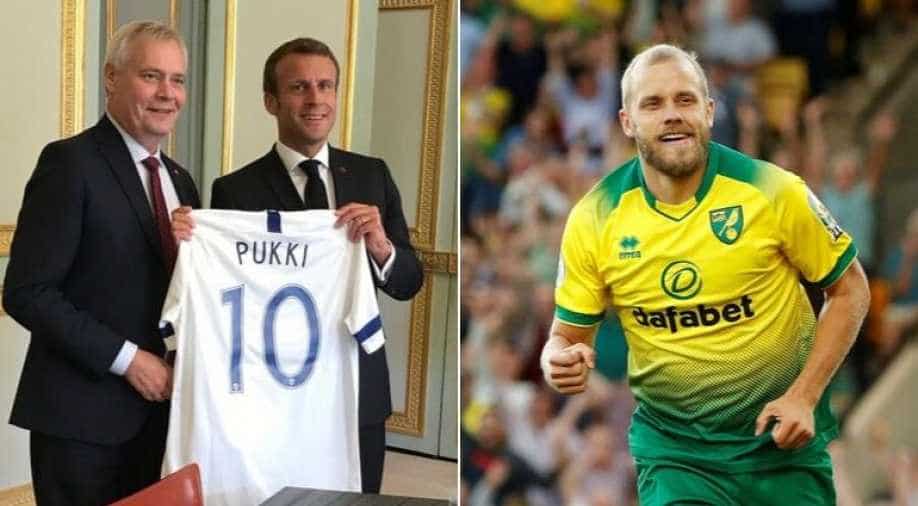 Macron was gifted a jersey bearing the name of Teemu Pukki. Photograph:( Reuters )

French President Emmanuel Macron has become the unlikely owner of a Teemu Pukki jersey, but he did not have to swap shirts with the Finnish striker who has emerged as the Premier League's standout player this season.

Macron was gifted a jersey bearing the name of Finland's soccer hero after an official meeting with the country's Prime Minister Antti Rinne at the Elysee Palace in France on Wednesday.

Rinne later posted a photo of the pair with Macron holding what the Finland Prime Minister described as a "small gift."

The 29-year-old Finland international was named the Premier League player of the month for August and celebrated the award by scripting a shock 3-2 victory over champions Manchester City in their last match.