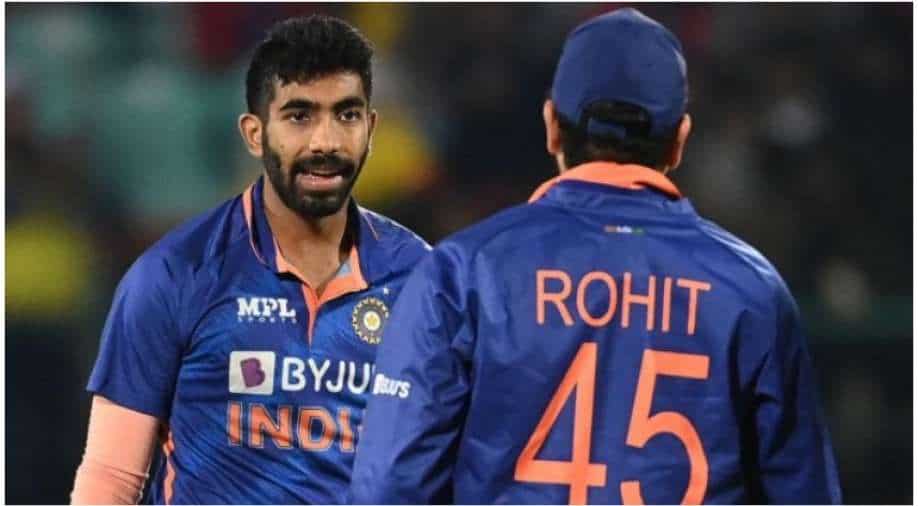 England's Joe Root has been named the leading cricketer in the world, while South African women's team batter Lizelle Lee has been awarded the title of leading woman cricketer.

India captain Rohit Sharma and pace spearhead Jasprit Bumrah have been named among five players in Wisden's 'Cricketers of the Year' in the 2022 edition of the Almanack. Besides the duo, the list also features New Zealand batter Devon Conway, England pacer Ollie Robinson and Proteas women star Dane van Niekerk.

England's Joe Root has been named the leading cricketer in the world, while South African women's team batter Lizelle Lee has been awarded the title of leading woman cricketer. Besides, Pakistan wicketkeeper-batter Mohammad Rizwan has earned the title of leading T20 cricketer in the world. Bumrah starred for India in their visit to England last summer. Besides his exploits in India's historic win at Lord's, he also produced a match-winning spell at The Oval with the latter handing India a 2-1 lead in the series that is to be concluded in July this year.

ALSO READ | He would give me important overs: Jasprit Bumrah reveals how Rohit Sharma helped in his growth

Rohit had an exceptional summer at the top of the order for India, scoring 368 runs in four Tests at an average of 52.57. The India skipper scored a match-defining 127 at The Oval, his first Test century away from home. Root was named leading cricketer of the year after a historic 12 months in which he scored 1,708 Test runs in a calendar year, the third-most in history.

Lee was named the leading woman cricketer in the world after a dominant 2021, averaging 90.28 with the bat in ODI cricket, including a spectacular series against India in which she scored 288 runs in four innings.
Rizwan's T20 recognition came after a record-breaking 2021 in which he scored 1,329 runs at 72.88 in 27 T20s that included a century and 11 fifties. By passing 1,000 runs in a calendar year, he also became the first cricketer in the international game to achieve the feat.