Sunrisers Hyderabad should build their side around Jason Holder next season: Brian Lara 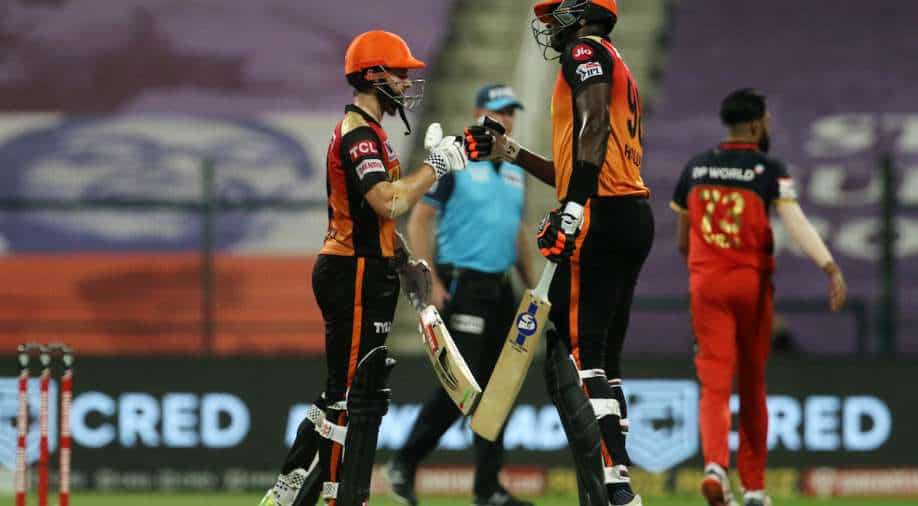 West Indies batting legend Brian Lara feels that Sunrisers Hyderabad need to look at building a side around tall all-rounder Jason Holder for the next Indian Premier League (IPL) season, adding that the skipper should be a local pick as it "allows them to manage overseas slots better".

SRH had a forgettable IPL 2021, finishing the season last with only three wins from 14 games. They removed David Warner as skipper following a dismal run during the India leg and put New Zealand`s Kane Williamson in-charge of the side. However, their struggles continued and, on Friday, they lost the final league match of IPL 2021 to Mumbai Indians by 42 runs.

"Jason Holder is the shining light in a disastrous season. I`m not sure if he is an out-and-out T20 player, but I feel they can build a team around him," Lara told cricket.com on Saturday.

Lara said having a local player as captain allows teams to be more flexible with their foreign recruits for the four slots in playing eleven.

"It`s always great to have a local player to lead the side because you only have four selections in the playing XI and you are carrying the captain in that. There is a big auction coming up and SRH have a lot of shaking up to do. Let`s see how they will get the right group to move forward," he said.

Lara said that it was difficult to find positives in a side whose performance kept slipping with every match.

"It`s tough to pinpoint any positives. Rashid Khan was not at his best. They lost Jonny Bairstow and they got Jason Roy, there is not much they gained from that," Lara said.

However Lara praised the Rohit Sharma-led Mumbai Indians, who despite bowing out of the tournament on Friday, scored their highest ever total in the IPL.

"Mumbai scored their highest ever total in the IPL, so where was 75 per cent of that effort in previous matches which would`ve kept them in the tournament. They went from abysmal to outstanding. It was about personality, the way Ishan Kishan (84) and Suryakumar Yadav (82) batted so well. The IPL is just six months away so I think they will carry this into the next tournament just like CSK did from IPL 2020.

"Mumbai Indians had an equation which was almost impossible but they gave it a go. But they will be happy that the Indian players got good runs ahead of World Cup," Lara added.