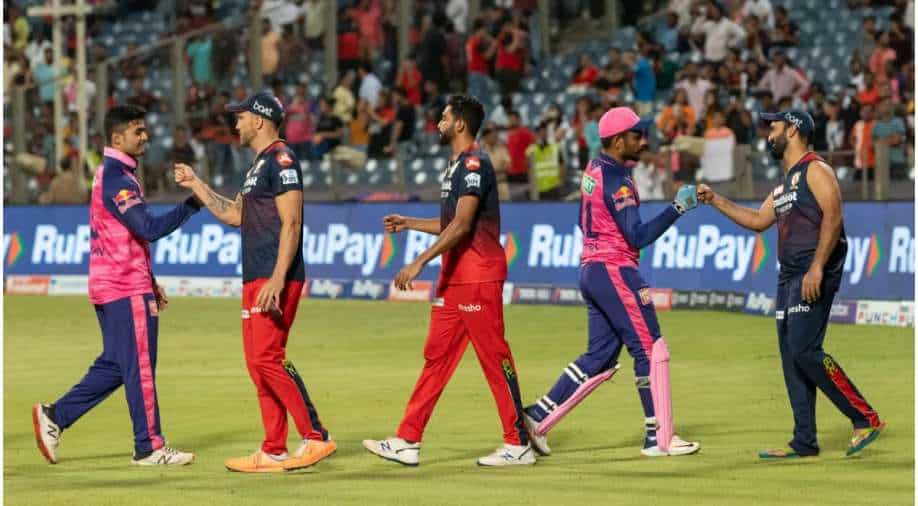 The Qualifier 2, en route to the summit clash, will see the three-time runners-up Royal Challengers Bangalore (RCB) and Rajasthan Royals (RR) lock horns with each other at the Narendra Modi Cricket Stadium, Ahmedabad on Friday evening (May 27).

There is now only one match left before the IPL 2022 final, set to be held on Sunday evening (May 29). The Qualifier 2, en route to the summit clash, will see the three-time runners-up Royal Challengers Bangalore (RCB) and Rajasthan Royals (RR) lock horns with each other at the Narendra Modi Cricket Stadium, Ahmedabad on Friday evening (May 27).

RCB is looking at its threatening best. After winning their last league stage encounter, versus Gujarat Titans (GT) -- who are already in the final, the Faf du Plessis-led franchise was helped by Mumbai Indians (MI), who beat Delhi Capitals (DC) to eliminate them and take RCB to the playoffs. In the Eliminator, RCB posted 207-4, riding on Rajat Patidar's 112 not out, and defended the total by restricting Lucknow Super Giants (LSG) to 193-6. With this, RCB have booked a place in Qualifier 2 and they will look to topple the RR franchise, against whom they have had a good record in the last few seasons.

RR, on the other hand, ended at the second spot in the league stage and went on to lose to Gujarat in Qualifier 1, at the Eden Gardens, Kolkata. While RR have relied on five bowlers, they may have to find a way to curtail the run-flow in the death overs. For now, RCB's batting depth and death-over specialists bowlers might give them an edge ahead of the marquee clash.

Match prediction for RCB vs RR clash: The pitch and overall conditions are expected to be a lot different than what it was in Kolkata. It is more about dry heat than humidity in Ahmedabad when compared to Kolkata. The ground has six red soil pitches and five black soil pitches, hence, the nature of the pitch could come down to the characteristics of the soil. In the past, the curator has left a covering of grass for a T20 game. Nonetheless, expect a pitch with more even bounce for Qualifier 2. Anything around 155-160 can be a winning total. Batting first team to win?