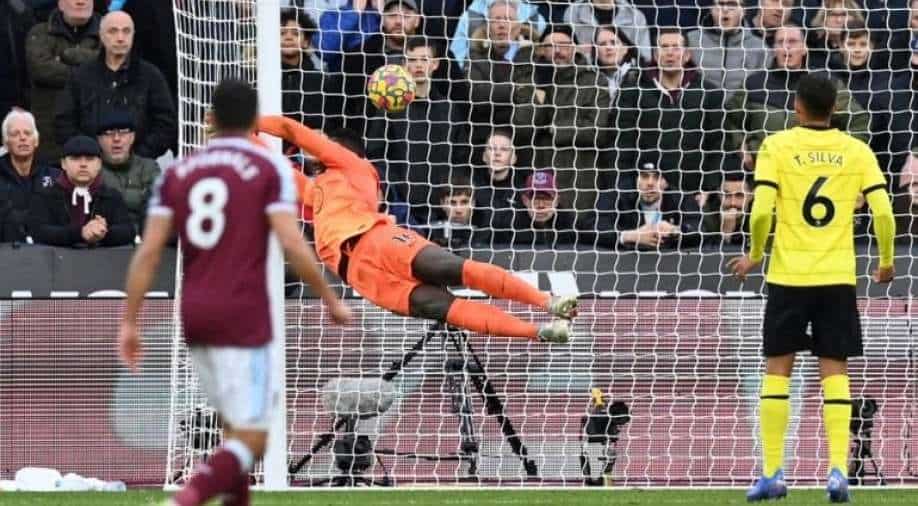 The defeat left Chelsea with just a one-point lead at the top of the table ahead of Manchester City, who visit Watford later on Saturday, and two points ahead of Liverpool who play away at Wolverhampton Wanderers.

West Ham United stunned Premier League leaders Chelsea with a 3-2 win on Saturday after coming from behind twice and then claiming all three points with a late goal from substitute defender Arthur Masuaku.

Chelsea had seemed to be in control of the game after 28 minutes when Thiago Silva scored with a header from a Mason Mount corner that West Ham goalkeeper Lukasz Fabianski could only touch on to a post before it went in.

But the European champions allowed the hosts back into the game in the 40th minute when Jorginho put his goalkeeper Edouard Mendy under pressure with a poor back pass and Mendy brought down Jarrod Bowen for a penalty that was converted by Lanzini.

It took Chelsea only four minutes to get back in front when Mount, back to his best after an absence due to wisdom teeth problems, connected with a long pass from Hakim Ziyech for a perfect volley that caught out Fabianski at his near post.

Chelsea brought on Romelu Lukaku at the start of the second half to replace the injured Kai Havertz. But West Ham drew level again in the 56th minute when Bowen fired in hard and low from the edge of the box.

Masuaku turned the game West Ham's way in the 87th minute when he caught out Mendy with what looked like a cross but the ball flew into the near corner of the goal.

The defeat left Thomas Tuchel's side with just a one-point lead at the top of the table ahead of Manchester City, who visit Watford later on Saturday, and two points ahead of Liverpool who play away at Wolverhampton Wanderers.