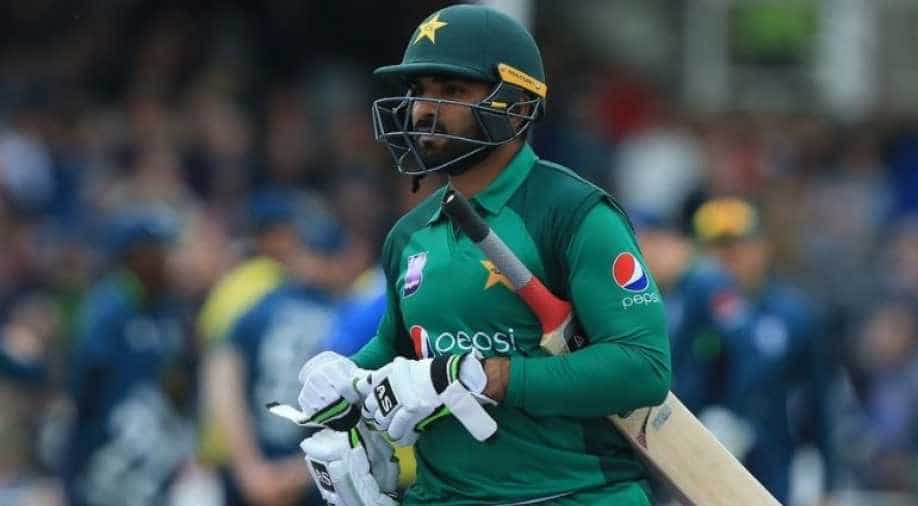 Pakistan batsman Asif Ali's daughter, who suffered from stage four cancer, died in a hospital in the United States on Sunday, Pakistan Super League (PSL) side Islamabad United has said.

Ali is currently on tour with the Pakistan national team in England and played in the 54-run defeat by the hosts in their final one-day international of the series on Sunday.

"ISLU family pays its deepest condolences to @AasifAli2018 on the tragic loss of his daughter. Our thoughts and prayers go out to Asif & his family," the PSL franchise said on Twitter on Monday.

"Asif is a great example of strength & courage. He is an inspiration to us.

ISLU family pays its deepest condolences to @AasifAli2018 on the tragic loss of his daughter. Our thoughts and prayers go out to Asif & his family. Asif is a great example of strength & courage. He is an inspiration to us.

The hard-hitting batsman had said last month that his daughter was being flown to the US for her treatment.

Dean Jones, who coached Islamabad to the PSL title last year, also sent his condolences to the cricketer's family.

"On behalf of my family and the @IsbUnited players and families... we send our condolences and love to @AasifAli2018 and his family on the passing of his beautiful daughter," Jones said on Twitter.

Jones had broken down in tears at a media conference in March when talking about Ali and his daughter's condition.

The 27-year-old Ali was not named in Pakistan's World Cup squad but made the 17-man group for the series in England where the middle-order batsman hit two half-centuries in four innings.

Former captain and chairman of Pakistan's selection committee Inzamam-ul-Haq said last month that Ali could be drafted into the side before the World Cup.

Teams have until May 23 to submit their final squads for the tournament which begins on May 30.

Pakistan's first game is against West Indies on May 31.