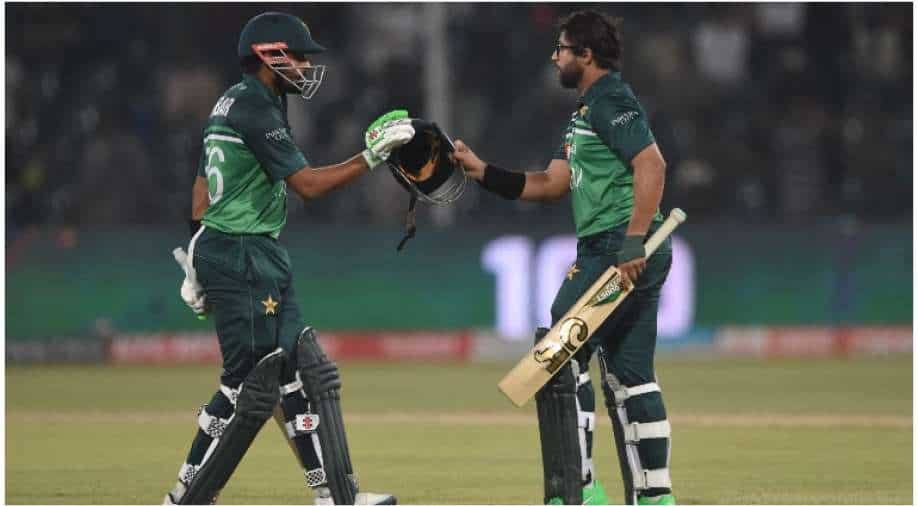 Pakistan hadn't beaten Australia in 16 consecutive matches across all formats, however, the hosts turned the table in an emphatic fashion in the second and penultimate ODI to level the series.

Hosts register a record run chase and comprehensive six-wickets victory against Australia here at the Gadaffi stadium to level the three-match ODI series on Thursday. Chasing 349, Pakistan got off to a solid start as the openers Fakhar Zaman and Imam-ul-Haq put on 118 runs for the first wicket. Marcus Stoinis got the breakthrough, cleaning up Fakhar Zaman for 67.

This brought Babar Azam to the crease, and he played another superb ODI innings for a 111-run partnership with Imam. The opener departed after making 106 runs from 97 deliveries. The skipper also fell with some work still to be done, but his outstanding 114 from 83 balls had given his team a terrific chance. The required rate was just beginning to creep up when Khushdil Shah smashed 27 from 17 balls to help Pakistan chase down the target. And Iftikhar Ahmed made the winning runs with six balls and six wickets to spare, setting up a decider in the third and final ODI.

Earlier, the visitors had recovered from the early loss of Aaron Finch to Shaheen Shah Afridi, with Ben McDermott`s first century helping Australia to a sizeable 348/8. Australia built well on the platform set by McDermott and Head, with Marnus Labuschagne hitting 59 from 49 and Marcus Stoinis smashing 49 from 33. Afridi took three wickets in the last five overs to restrict the score to 348/8, finishing with figures of 4/63.