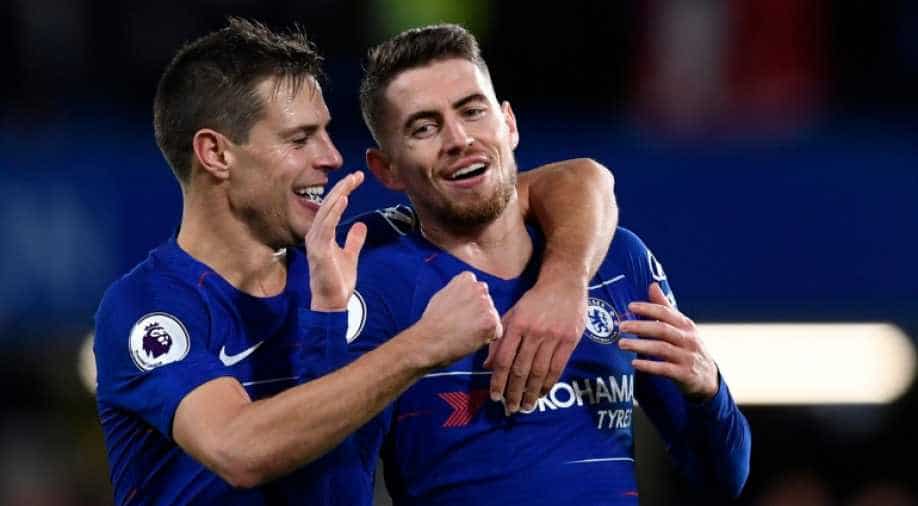 Manchester City have fallen out of first place in the Premier League after suffering a 2-0 loss here Saturday to Chelsea in Matchday 16 action.

The Citizens controlled possession early on at Stamford Bridge and created a handful of chances, but Chelsea goalie Kepa Arrizabalaga corralled a shot by Raheem Sterling in the ninth minute and blocked an attempt by Leroy Sane shortly after the half-hour mark.

Chelsea then stunned the visitors with a goal shortly before halftime by N'Golo Kante, who fired a shot into the roof of the goal off a pass from Belgian star Eden Hazard.

City continued to control possession in the second half but could not break down Chelsea's well-organized defense, a situation that only worsened when David Silva limped off the field with an injury.

The visitors ceded the reins of the contest after the Spanish midfielder's exit and ended up allowing the second goal at the 78-minute mark on a header off a corner kick by David Luiz.

With their loss and Liverpool's 4-0 victory Saturday over Bournemouth, the Citizens (41 points) have dropped to second in the English-league standings and the Reds (42 points) are now in first.