IPL 2022: Teams to assemble in Mumbai by March 8; 3-5 days quarantine before entering bio-bubble 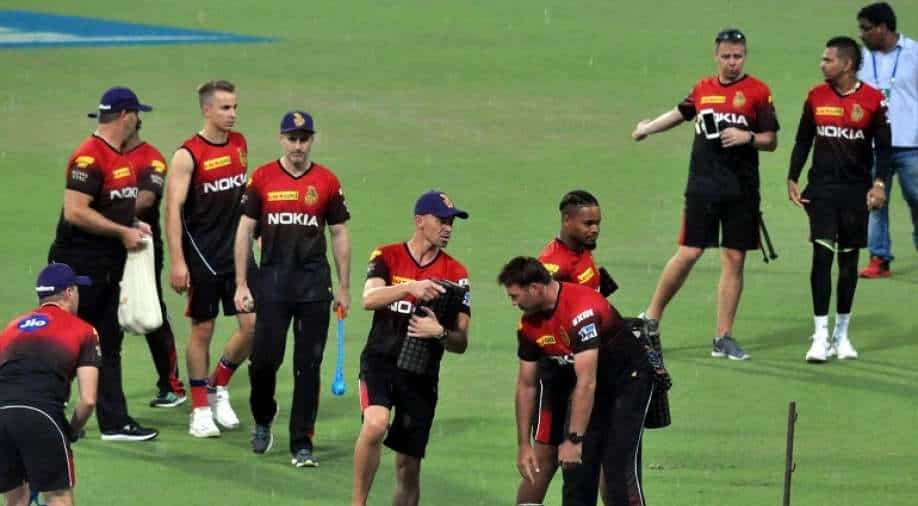 All ten franchises in the Indian Premier League (IPL) 2022 season are expected to reach Mumbai by March 8 and will start training for the tournament by March 14-15.

All ten franchises in the Indian Premier League (IPL) 2022 season are expected to start training for the tournament by March 14-15.

Earlier today, the Maharashtra government held a meeting with BCCI's Acting CEO Hemang Amin in which key members of the Mumbai Cricket Association were also present.

"Teams will start practising most likely by March 14-15 onwards. Players and support staff will start coming to Mumbai around March 8 for the IPL," sources in the know of developments told ANI.

ALSO READ: Jason Roy explains reason behind pulling out of IPL 2022: It's added up and taken a toll on me

"The participants who will be part of the bubble will undergo strict quarantine for 3-5 days before entering their respective bubbles. All participants will undergo pre-travel RT-PCR testing 48 hours before their scheduled travel from their home destination to Mumbai. While in quarantine, they will undergo in-room RT-PCR testing three times, first on day 1, second on day 3 and the final one on day 5. In case of three days quarantine, they will get tested every day. If all three test results are negative, they will be permitted to exit quarantine and commence team activities," the source added.

MCA Ground in Thane and Reliance Corporate Park in Navi Mumbai are part of five grounds that have been allowed for the training of all ten teams by the BCCI.

"As all the teams will be playing matches across the four venues in Mumbai, Pune and they will also have practice sessions at various practice facilities. A green corridor will need to be created for their movement so that the bio bubbles are maintained. BCCI will follow the protocols of the biosecure movement for all the participants in the bubble," the source stated.

"During the travel to Navi Mumbai and Pune, it will be ideal to have a safe passage and smooth movement to avoid delays. If any member of a team ends up testing positive for COVID-19, they are likely to be allowed quarantine in the hotel and special arrangements will be made for that scenario," added the source.

ALSO READ: Brad Hogg picks 'X-factors' for MS Dhoni's CSK ahead of IPL 2022: They can take pressure off the lower order

The IPL 2022 season will be held from March 26-May 29. A total of 70 league matches will be played across four international standard venues in Mumbai and Pune. The venue for the playoff matches will be decided later.

Interestingly, with regards to doubleheaders, there will be 12 matches/days.