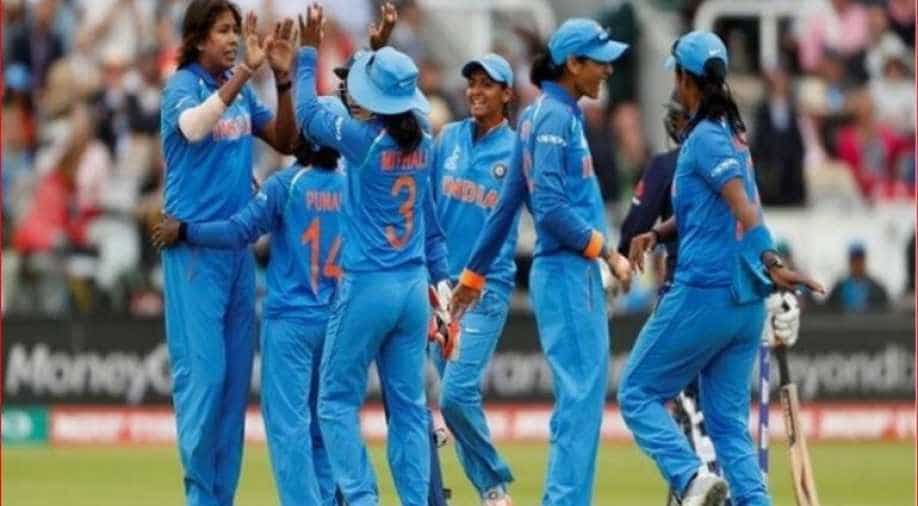 Despite a struggling start, India emerged victorious due to a partnership between Punam Raut along with skipper Mithali Raj and Harmanpreet Kaur.

Chasing a target of 192, West Indies got off to a bad start as they lost their opener early in the 4th over.

Stacy-Ann King was picked by Shikha Pandey after scoring 6 runs.

Opener Natasha McLean after scoring 15 runs left the ground. Shemaine Campbelle played a knock of 39 runs which was the highest individual score from the side.

Captain Stafanie Taylor scored 20 runs before gifting away her wicket to Poonam Yadav.

In the 29th over, Chedean Nation (6) was too sent back to the pavilion by Yadav.

Alleyne and Fletcher's 16 and 14 respectively did not put their team over the line as West Indies were all out on 138.

Earlier, the Indian team won the toss and opted to bat. India in their allotted 50-overs posted a target of 192 for the hosts.

India had a struggling start as their both openers were departed early without scoring many runs.

Jemimah Rodrigues (0) and Priya Punia (5) were sent back to the pavilion by Aaliyah Alleyne and Shabika Gajnabi respectively.

Punam Raut along with skipper Mithali Raj stitched a partnership of 66 runs for the third wicket and helped the team to went past the 50-run mark.

Harmanpreet Kaur joined Raut in the middle and both the players kept the scoreboard moving and built a stand of 93 runs before the former was scalped by Alleyne in the 47th over.

Kaur played a crucial knock of 46 runs to post a respectable target in front of West Indies.

In the next over (48th), Raut's (77) resistance was ended by Afy Fletcher. Deepti Sharma (5) failed to leave her mark on the crease and was stumped by wicket-keeper Shemaine Campbelle off Fletcher.

Taniya Bhatia and Jhulan Goswami remained unbeaten with a score of 9 and 1 respectively. India scored 191/6 in the 50 overs. For Windies, Alleyne and Fletcher bagged two wickets each.

With this win, India has levelled the series by 1-1 and the next match will be played at the same ground on November 6.