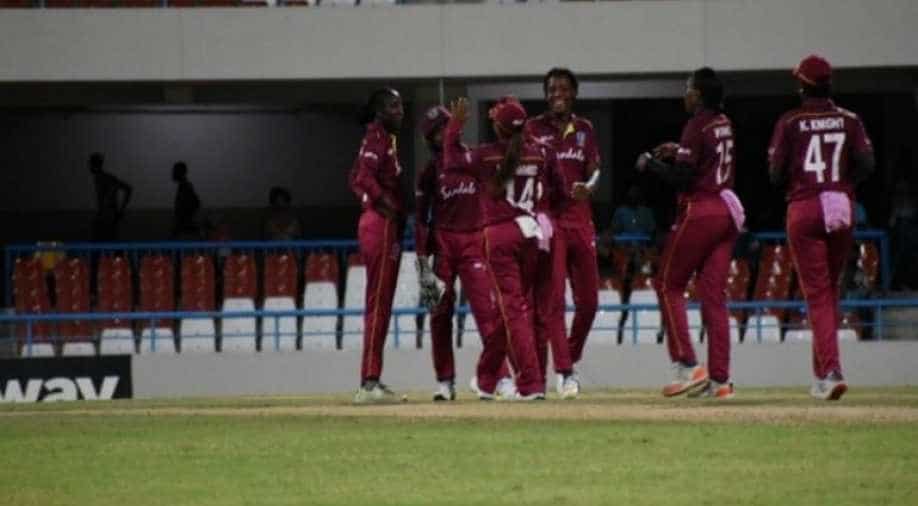 Despite a steady start, India lost wickets in a cluster and the tailenders could not sustain the team's innings for a very long period.

West Indies women scripted a one-run victory over India in the first ODI of the three-match series here at the North Sound Stadium on Friday (local time).

Chasing 226, India's openers Jemimah Rodrigues and Priya Punia provided a steady start and put on 78 runs for the first wicket.

Their partnership was broken in the 22nd over as Stafanie Taylor dismissed Rodrigues (41).

Poonam Raut came out to bat next and she had a partnership of 46 runs with Punia, but West Indies once again got a breakthrough at a crucial juncture as Raut (22) was run-out.

Captain Mithali Raj next came out to the middle and she along with Punia, stitched together a stand of 46 runs.

India had a big setback as Punia (75) was sent back to the pavilion in the 40th over, with the team still 56 runs away from the target.

After Punia's dismissal, India lost wickets in a cluster and was 217/9 in the final over with the team still requiring nine more runs for a win.

Jhulan Goswami tried her best to get the team over the line, but West Indies got the last wicket of Poonam Yadav and won by a run.
Earlier, Taylor's knock of 94 runs enabled West Indies to post a score of 225/7 in the allotted fifty overs.

West Indies got off to a steady start with openers Stacy-Ann King and Natasha McLean putting up a 51-run stand. But India got two quick wickets, leaving the team at 51/2 in the 17th over.

The side kept losing wickets at regular intervals, but Taylor held the fort. She found support in Chedean Nation and the duo ensured that the team posted a healthy total on the board.

For India, Shikha Pandey and Deepti Sharma got two wickets each.

The next ODI is on Sunday, November 3.