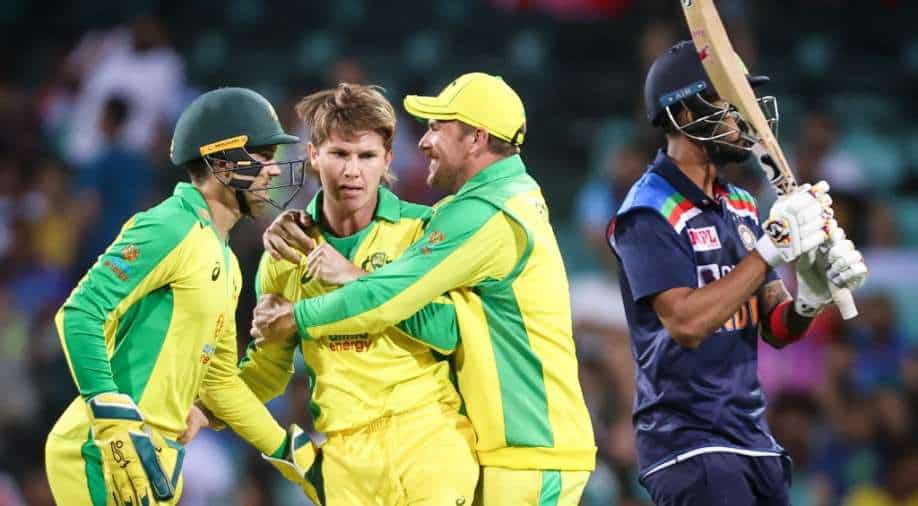 Australia is up by 2-0 in the three-match ODI series.  India will be hoping to avoid a whitewash at Canberra.

India's woes in Australia tour of 2020-21 continue as the Men in Blue were beaten by 51 runs at the Sydney Cricket Ground in Sydney on Friday in the second ODI of the three-match series. With this win, Aussies seal a series against India.

Australia won the toss and chose to bat. They repeated the dominance with the bat like the first match. Steve Smith smashed a second consecutive century while Warner and skipper Finch scored 83 and 60 runs respectively. Labuschange's 70 stabilised Australian innings in between. Maxwell's 63 off 29 balls was a cherry on the top for Australian innings powering them to 389 by the end of 50 overs. India's fielding standards were poor many significant catches were dropped including Labuschange's. Jadeja and Hardik were most economical in terms of bowling.

India was off to a good start. Dhawan and Agarwal were quick to cross 50-mark. However, India lost their openers within the first 10 overs. Kohli and Iyer's 93-run stand helped stabilise the innings. Virat Kohli scored the most (89 runs off 87 balls). KL Rahul tried to up the run-rate by scoring 76 runs off 66 balls but fell victim to Adam Zampa. Cummins scalped three crucial wickets (Mayank, Jadeja, Pandya).
Hazlewood got two vital wickets of Kohli and Dhawan.

Australia is up by 2-0 in the three-match ODI series.  India will be hoping to avoid a whitewash at Canberra.