I have no reason to defend him: Gautam Gambhir wonders why Rohit Sharma hasn't had a 600-run season in IPL 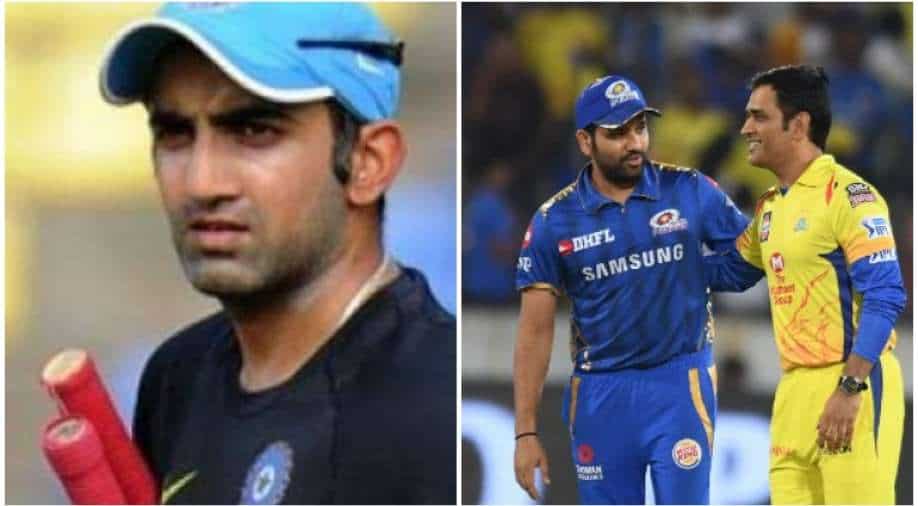 Rohit Sharma is an IPL legend. To date, he remains the most successful IPL skipper with as many as 5 trophies for the Mumbai Indians (MI). In addition, he has won the IPL championship on six occasions. While he is also one of the leading run-getters (third) in the all-time list, with 5,594 runs, the right-hander hasn't had a 600-run season so far.

For the unversed, Rohit has never managed to cross the 500-run mark in the IPL apart from the 2013 season, where he led MI to their maiden title. Former Kolkata Knight Riders (KKR) captain Gautam Gambhir -- who is a huge fan of Hitman -- has opined on Rohit's IPL run and fails to understand how the swashbuckling opener hasn't crossed the 600-run mark in any IPL season.

Talking to EspnCricinfo, he said, "I don't understand why he never had that one big IPL season ever. And I have no reason to probably even defend him. He's a world-class player, I've always admired him, when he first busted onto the scene in international cricket. I said even then, that he's the best talent India has ever produced. And then proved himself in the int. stage but it just amazes me that when he wears that MI Jersey, he's never had a season like what VK or KL Rahul had - a 600 run season."

Meanwhile, Rohit-led MI have not yet been disqualified from the IPL 2021 edition. While they haven't been at their best in the second and final leg, in the UAE, the sixth-ranked side have a very slim chance of entering the playoffs. If they beat Sunrisers Hyderabad (SRH) by 170 runs, in match 55 of the season on Friday evening, they can topple KKR to enter the playoffs as the fourth-ranked side.

Hats off to you! Shoaib Akhtar lauds Virat Kohli for congratulating Babar, Rizwan after Pakistan's win