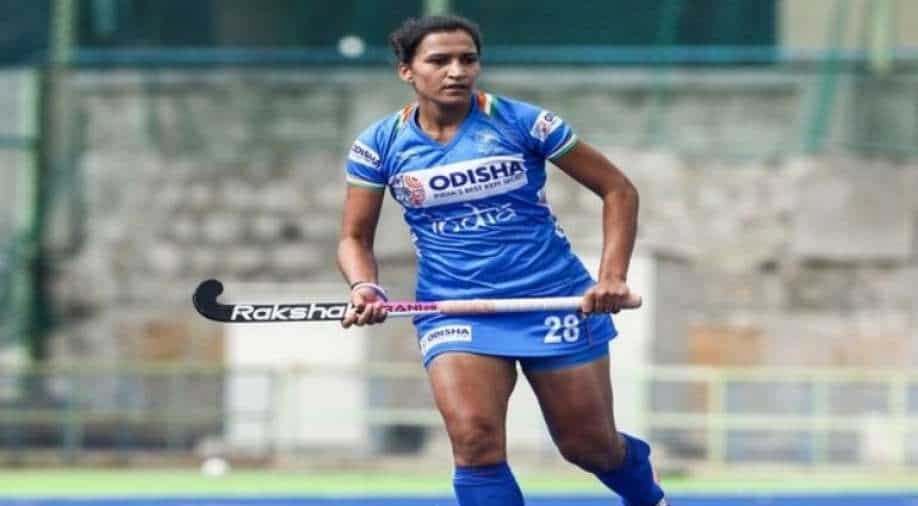 "We make so many sacrifices to do best for our country. And then to see what's happening to our family is really shameful," said Rani Rampal.

Indian women's hockey captain Rani Rampal has condemned the alleged casteist remarks hurled at teammate Vandana Katariya's family. Rani said that whatever happened with Vandana's family was "shameful" and urged people to "rise above casteism". A few days ago, there were reports that a group of people made casteist remarks towards Vandana'a family in Haridwar after the Indian women's team lost to Argentina in the semi-final clash at the Tokyo Olympics. The reports also added that they burst crackers and danced in celebration.

"We make so many sacrifices to do best for our country. And then to see what's happening to our family, especially with what happened to Vandana is really shameful. We come from different religions & regions. But when we are playing, we are representing one nation - India," said Rani during a virtual press conference as quoted by ANI.

A day after losing the bronze medal match to Great Britain, the skipper of women's hockey team has opened up on a range of issues. Emphasising further on the incident related to Vandana's family, Rani said, "If we want our country to become a sporting powerhouse, everyone has to contribute. Just athletes cannot make it happen so it is a bad thing that happened with Vandana Katariya's family, I hope it is a lesson for everybody that no such thing should happen."

On one hand men's team won a bronze medal, the women's scripted history by entering the semi-finals of the Games for the first time. The Rani Rampal team has been hailed for their dream run at Tokyo. On reacting to the love the entire team received, Rani said, "We sweat it out day in and day out to make the country proud. There are many good people in the country as well, even though we did not win the medal, I have never seen this level of respect from the people."

Previously, police informed that they have received a complaint from Vandana Kataria's brother and FIR has been registered. Senthil Abudai Krishnaraj S, SSP Haridwar was quoted by ANI, "We received a complaint from Women's hockey player Vandana Kataria's brother over casteist slurs by neighbours against family after Olympic loss. FIR lodged under Sec 504 of IPC & Sec 3 of SC/ST Act. One held. Probe is on".