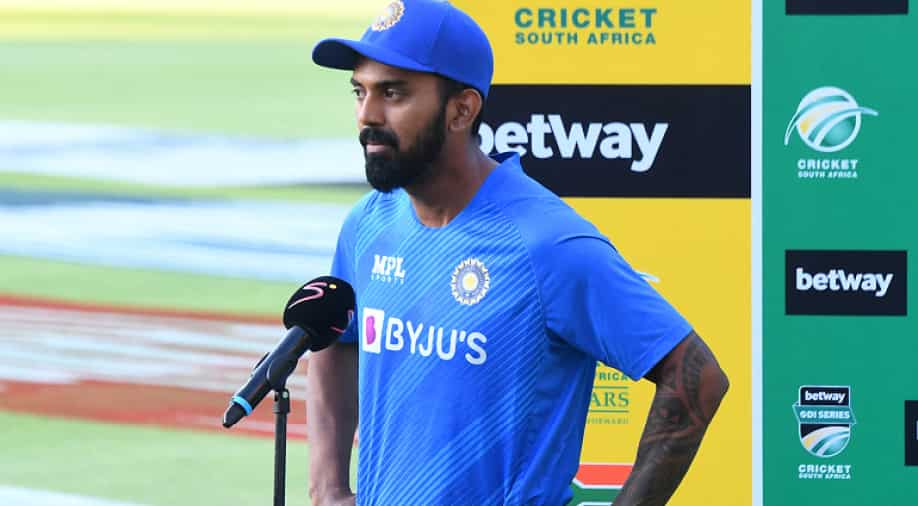 India suffered a heartbreaking 4-run defeat in the third and final ODI of the three-match series against South Africa at the Newlands in Cape Town on Sunday (January 23). India came close to securing a comfortable win but ended up falling short at the end as the hosts completed a 3-0 whitewash in the ODI series. Deepak Chahar's sensational cameo of 54 runs had put India in a closing distance of the target but his dismissal led to India enduring an agonising defeat.

India head coach Rahul Dravid defended stand-in captain KL Rahul after India's 3-0 series loss and said there is scope for him to improve as a leader going forward. Rahul was appointed as the captain of the Indian team in ODIs in the absence of permanent skipper Rohit Sharma, who was ruled out due to a hamstring injury. India failed to even open their account in the ODI series in Rahul's captaincy as they suffered three back-to-back losses in the three games.

Rahul has been facing intense scrutiny over his poor captaincy after India's disappointing show in the series. Dravid came to the rescue of the Indian skipper and extended his support to him.  "He did a good job. It's not easy to end on wrong side of the result," Dravid said when asked about Rahul's captaincy.

"He is just starting out and I think he did a very decent job. He will constantly get better as he captains," the India head coach added.

The India head coach said the whitewash at the hands of South Africa was a 'good eye opener' for the Indian team ahead of the ICC ODI World Cup 2023. India lost the first game against the Proteas by 31 runs before suffering a comprehensive seven-wicket defeat in the next game. The Men in Blue came close to bagging a consolation win in the final third encounter but ended up losing by 4 runs.

"This is a good eye-opener but we haven't played a lot of ODI cricket. We last played against England in March (after that second-string side played against Lanka under Dravid's coaching). We will play a lot of white-ball cricket before next year's World Cup. The guys who play at 6, 7, and 8 weren't available for selection and when they come back, the side will have a slightly different look," Dravid said.