Football transfer news: Which Spanish giant is launching a bid for Coutinho and more 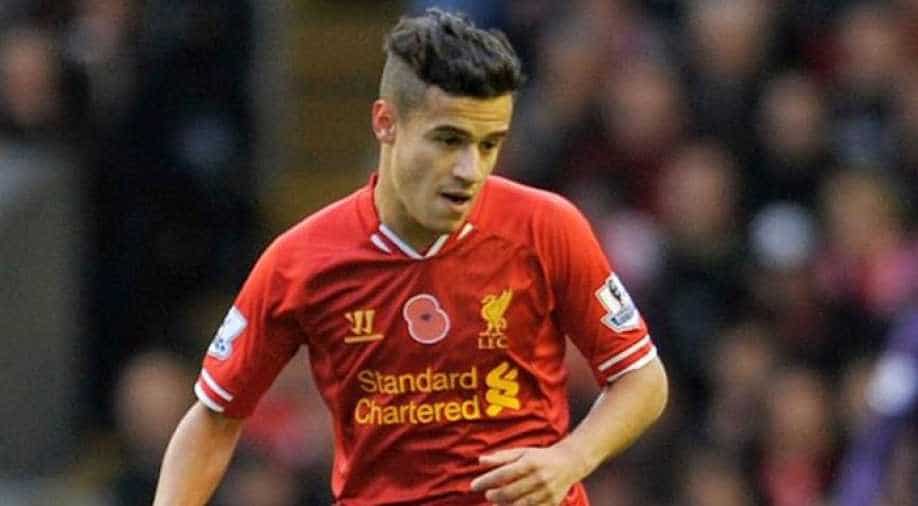 The football agents are up and about, ready to embark on another day of wheeling and dealing in the universe of European football.

Let's begin the day with the juiciest bit of news (But I'd suggest Liverpool fans to look away).

Coutinho, the playmer that makes Liverpool tick, has grabbed Barcelona's attention, according to AS.

The Catalan giants have prepared a 51 million GBP offer for the Brazilian and are keen to bring him to Camp Nou.

Surely that would make Jurgen Klopp froth at the mouth with rage as Coutinho has been integral to everything that Liverpool do.

Though Coutinho has had an injury-ravaged season, he has still managed to represent the Reds 27 times this year, scoring 10 goals in the process.

But it is not just the goals that makes him improtant, the playmaker/attacking midfielder is the fulcrum of the free-flowing football that Anfield has witnessed during Klopp's tenure.

Here's a taster of how important he is for Liverpool:

If the deal does go through, the only upshot would be that Liverpool will make a decent profit of 42.5 million GBP. (Coutinho's services were acquired for 8.5 million GBP).

I know, I know. It's tiring to open the transfer section and read about the new kid in town.

It's tiring for me to type it out too. But believe me, this has all the ingredients to be a summer-long saga. So let's embrace it and go along with the ride.

What we know is that a clutch of major football powerhouses are in the races to get the French teenager.

We also know that Manchester United reportedly made a 72 million GBP for the speedy forward. And some media reports suggest that the bid has been declined by Monaco. In case you didn't know, let me just plug the story here.

But it's a new day and there's a new story.

Manchester United may have bid first, but it is Real Madrid that stands at the front of the queue.

And if Daily Mail is to be believed, the rising star has "said yes" to joining Los Blancos. But something tells me, this is not over yet...

In case you were living under a rock, I need to inform you that Barcelona will be coach-less at the end of the year.

Luis Enrique has decided to step down as Barca boss and the Catalan giants are preparing a list of candidates that can take over.

And Koeman has taken the opportunity to flaunt his love for Barcelona, a club where he played from 1989 to 1995.

"Everyone knows that I am from Barca, they know my love for a club where I grew up as a player and as a person," he told Sport.

"In football, as in life, as in business, everything can be talked about and discussed.

"In my life as a professional coach I have two dreams to fulfil. One, coach my country, Holland [he was previously assistant to Guus Hiddink for the 1998 World Cup].

"My other wish, my other dream, is to one day coach Barca. That's the truth.

"I now owe Everton. We have a very powerful and exciting project and we will reinforce our best to try to reach next season the Champions League."

Now, that's an impressive statement of purpose to his prospective bosses, while at the same time he keeps his current bosses by his side too.

Is getting him a possibility? Sure. he hardly gets to play for Real Madrid -- anyone would, considering there's Karim Benzema, Cristiano Ronaldo, Gareth Bale, James Rodriguez and Isco to contend with.

Is there a hitch? Sure. A certain Chelsea is also monitoring him closely.

Yes, him. Remember the Colombian who made a huge splash at the World Cup, winning the Golden Boot at the 2014 World Cup?

There are rumours abuzz about Manchester United looking to get him as part of a swap deal with David De Gea.

De Gea is keen to go to Real Madrid and United are looking to leverage him for the 25-year-old with a feared left foot.

I hate to do this but it's another piece of bad news for Gooners.

The Turkish 'Zizou' is not too keen to join Arsenal. Instead, he wants to fight it out at Barcelona, according to The Independent.