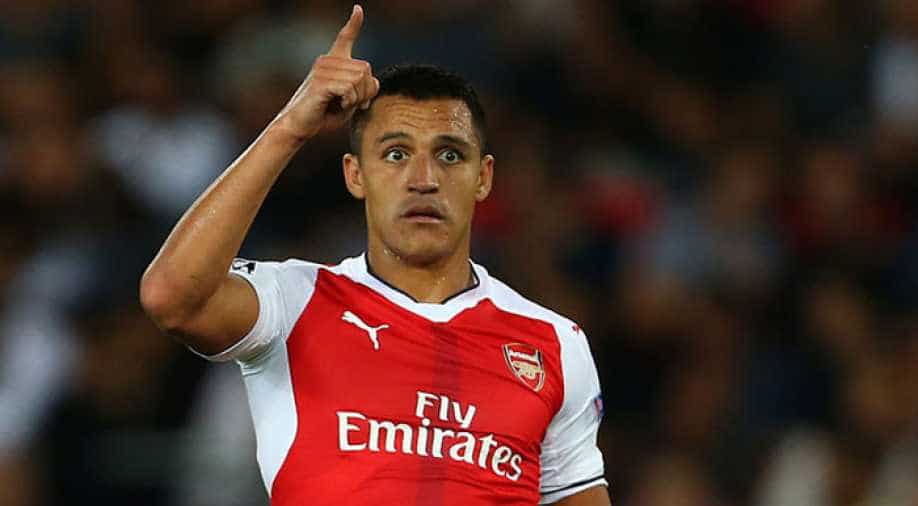 Manchester United is in the inside lane to land the coveted French international, but their pursuit may not be all that easy anymore as Chelsea seem to be interested in him as well.

The London-based club are interested in the Atletico Madrid forward, according to The Daily Telegraph.

Although there are reports of Griezmann agreeing on personal terms with United, the deal may still collapse if the Red Devils fail to reach the Champions League.

A Sky report suggests that there are four more clubs in the running to secure the Frenchman's signature.

Bild believes that the African Player of the Year met PSG officials in Paris on Wednesday to discuss his future. The Parisian club is apparently willing to meet Borussia Dortmund's demand for 70 million GBP for the striker.

The speedy striker, who is also on Manchester City target, spoke with sports director Patrick Kluivert to discuss his wages.

On to Hazard's teammate. AS is of the opinion that the Chelsea striker has already packed his bags for China.

Apparently, Tianjin Quanjian have already forged a deal with the Spanish international, which will see him get a cool 30 million GBP a year.

Look away if you are an Arsenal fan.

Bayern Munich are apparently working hard to get the Chilean forward to Germany, according to Daily Mirror.

The Bavarian giants are looking at players who can replace Frank Ribbery and Arjen Robben on the wings, and they believe that Sanchez would fit the bill.

The winger may be offloaded by Chelsea boss Antonio Conte this summer, according to several British tabloids.

Willian, who had a great 2015-16 season, has seen himself getting relegated to the bench this season, primarily owing to Pedro's arrival.

Chelsea believe they can recoup around $40 million GBP if they sell the winger and help augment their transfer war chest.

Willian has always been in Jose Mourinho's good books and there have been some reports indicating that the current Manchester United boss might be interested in luring him to Old Trafford.

The under-fire Arsenal boss remains tight-lipped about his future, though he had earlier said he would disclose his future plans by April-end.

But there will be ramifications if the Frenchman does leave the club after 21 years of service.

Arsenal striker Olivier Giroud will decide on his future depending on Wenger's decision. The striker's agent said he would stay if Wenger remained at the club.

Several reports, including Guardian, had reported that Manchester United's 72 million GBP bid had been declined by the french club.

But Sky believes that the bid has not been turned down yet.

Reports in France say that Monaco is keen to hold on to the precocious teenager for another year.