Football: Juergen Klopp may pull Liverpool out of League Cup over fixture pile-up 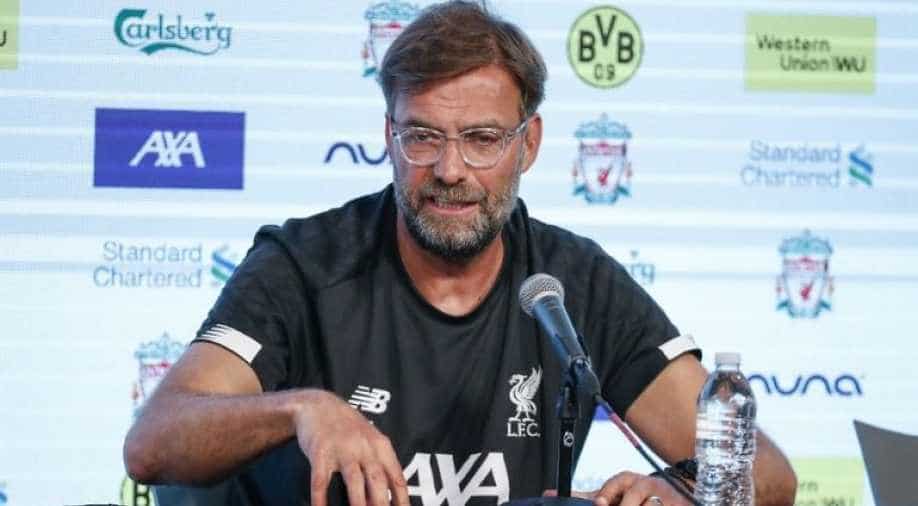 Liverpool beat Arsenal at Anfield in a penalty shootout on Wednesday after their last-16 tie ended 5-5 in regulation.

Manager Juergen Klopp has said Liverpool will not play their League Cup quarter-final tie if it cannot be rescheduled to a suitable date that avoids clashing with the Club World Cup in December.

Liverpool beat Arsenal at Anfield in a penalty shootout on Wednesday after their last-16 tie ended 5-5 in regulation.

However, the competition's quarter-finals are set for the week commencing December 16, the same week Klopp's side travel to Qatar for the FIFA Club World Cup.

"We will not be the victim of this problem," Klopp told reporters. "The Carabao Cup ... if they don't find an appropriate place for us, not 3 a.m. on Christmas Day, then we don't play it.

"If you have a fixture list where one team cannot be part of all the games, then you have to think about the fixture list. Hopefully it starts now."

Klopp also said that if the quarter-final tie cannot be moved then either their next opponent should advance or Arsenal could take Liverpool's place in the draw, which is to be held later on Thursday.

"We wanted to win it, we did that, and if they don't find a proper date for us then we cannot play the next round and whoever is our opponent will go through. Or Arsenal will play it," the German added.