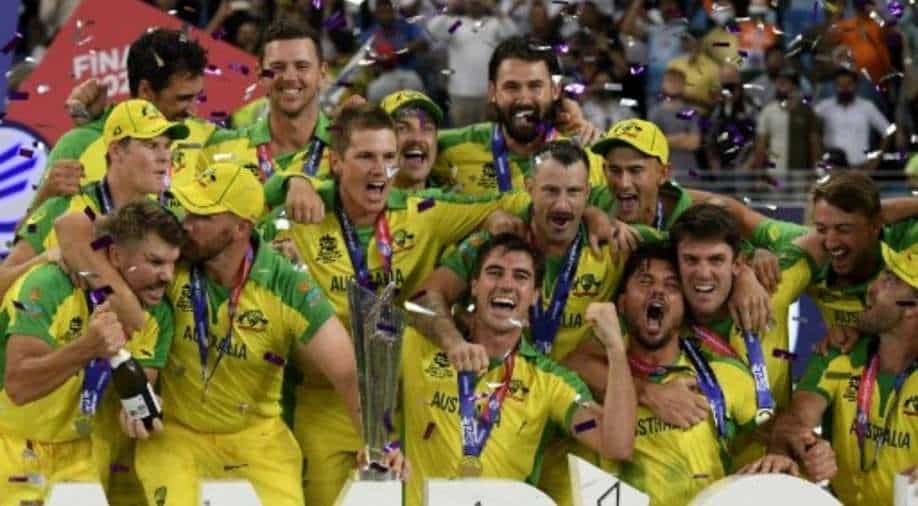 After Australia's T20 World Cup 2021 win, former coach John Buchanan shared his thoughts on whether the Men in Yellow will once again regain their dominance in world cricket going forward.

Aaron Finch-led Australia toppled Kane Williamson's New Zealand in the T20 World Cup 2021 edition's finale, on Sunday evening (November 14) at the Dubai International Cricket Stadium, Dubai. Everything clicked for Australia, starting from the coin toss as the Men in Yellow beat the Black Caps by eight wickets, with seven balls to spare, to win their first-ever T20 WC title.

For the unversed, Australia had a chance to win the 2010 T20 World Cup title but lost to arch-rivals England in the summit clash. However, they punched above their weight this time around to clinch their first-ever title in the shortest format (eighth ICC title overall).

After Finch & Co.'s eight-wicket win over the Kiwis, chasing a competitive 173 in the final, former Aussie World Cup-winning coach John Buchanan shared his thoughts on whether the Men in Yellow can regain their dominance in world cricket. Under Buchanan-Ricky Ponting, the Aussies were unbeatable across formats -- both home and away -- and won the 50-over World Cup twice (in 2003 and 2007) whereas also clinched the Champions Trophy in 2006.

ALSO READ | Turning point was when I got out, says Aaron Finch after Australia clinch maiden T20 WC title

Speaking to WION in an exclusive interaction, Buchanan said, "Yes, certainly that would be the case at the moment. When a team is dominant in world cricket, it can win any format of the game and win away from home as well. To be able to win a World Cup away from home, while everybody was playing at a neutral venue, it is a wonderful achievement. It is a huge accolade for the team, winning their first T20 World Cup. From here, they take a flight and quarantine for the Ashes. That will be interesting to see, how they go into the Ashes which is a different format altogether. But, England isn't very strong Test playing nation and hasn't played well in Australia. So, win upon win upon win certainly builds real sense of momentum. You got to stay together for a longer period of time to dominate in world cricket.

Talking about the summit clash, Australia restricted the Black Caps to a competitive 172/4, riding on Kane Williamson's classy 85. In reply, David Warner's 53 and Mitchell Marsh's 77 not out took the Aussies past the finish line without dropping much sweat.

The next edition of the T20 WC will be held in Australia. Will they make it two titles in a row?