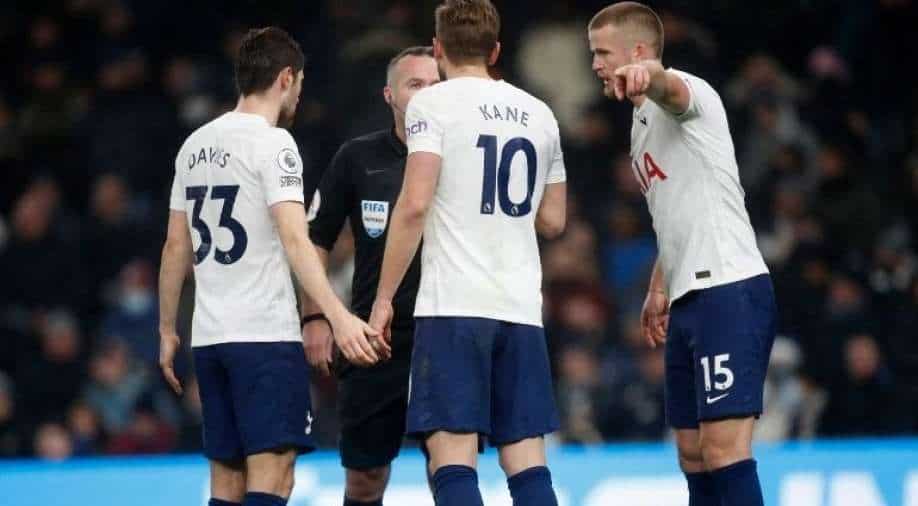 The match on December 9 was called off following a COVID outbreak at the London club. Spurs also saw Premier League fixtures against Brighton and Leicester called off as the surge in COVID cases among squads.

Tottenham Hotspur have been eliminated from the Europa Conference League after UEFA confirmed on Monday that their postponed match against Rennes would be deemed as a forfeit.

The match on December 9 was called off following a COVID outbreak at the London club. Spurs also saw Premier League fixtures against Brighton and Leicester called off as the surge in COVID cases among squads.

UEFA then said the match between Tottenham and Rennes could not be rescheduled and referred the matter to its disciplinary body. It has awarded Rennes a 3-0 win and they top the group, with Vitesse runners-up and Spurs finishing third.

"To declare the 2021/22 UEFA Europa Conference League group stage match between Tottenham Hotspur FC and Stade Rennais FC, that was initially scheduled to be played on 9 December 2021, as forfeited by Tottenham Hotspur FC, who is therefore deemed to have lost the match 0-3 in accordance with Annex J.3.1 to the Regulations of the UEFA Europa Conference League (2021/22 Season)," UEFA said in a statement.

UEFA's ruling means there will be no European football for the club in the New Year, with a statement on Monday confirming the decision of the chairman of UEFA's Appeals Body.

Tottenham Hotspur reacted to the UEFA ruling, saying that club have to accept this.

"We are disappointed by the ruling of the UEFA Appeals Body and the refusal to allow more time for the match to be rescheduled. We have to accept this ruling, however, and our focus now turns to the competitions we remain in," Spurs said in a statement.