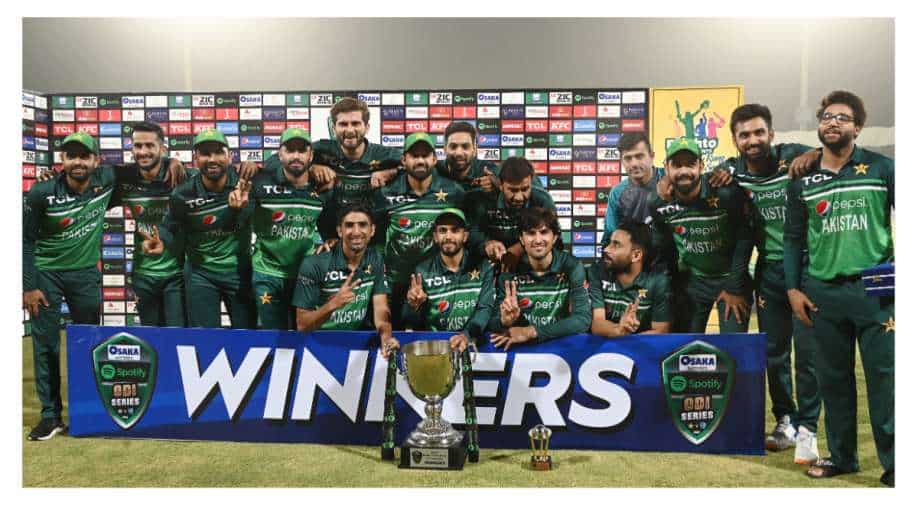 Pakistan have left India behind in the ICC Men`s ODI Team Rankings after completing a clean sweep over West Indies in Multan. Babar Azam`s side jumped a spot to No 4 in the latest ICC Men`s ODI Team Rankings after the series win over West Indies in Multan. Team India is currently at the fifth spot. Before the start of the series, Pakistan were placed fifth in the rankings with a rating of 102. But the 3-0 clean sweep over the Windies has boosted them to No 4 with a rating of 106, leaving India behind at 105. Pakistan have enjoyed a brilliant last couple of years in the 50-over format.

Apart from the blip against England away from home, they have taken on all comers and emerged victorious, including 2-1 series wins against Zimbabwe and South Africa. They defeated Australia by the same margin when they came to visit Pakistan for the first time since 1998. West Indies stood no chance against Pakistan as they were rampaged 3-0. This period of upsurgence has come under the captaincy of Babar Azam, who has led by example for Pakistan in all formats of the game. With his recent century in the first match against West Indies, he became the first batter to score three consecutive ODI centuries twice, having previously achieved the feat in 2016 as well. And with a fifty in the second ODI, he broke the world record for most consecutive 50+ scores (9) in men`s international cricket across all formats.

The top-ranked ODI batter has built a troop of trusted players along the way. One of them is Imam-ul-Haq, who has enjoyed a purple patch of late and has seven scores of 50+ in his last seven ODIs to show for his efforts. ICC Men`s Player of the Year Shaheen Afridi has been the leader of the pack of bowlers that consists of Haris Rauf, Hasan Ali, Imad Wasim and Shadab Khan, among others.

India, though, will have a chance to climb the rankings as they play England and West Indies (three ODIs each) before Pakistan play their next ODI series in August.