ATP Finals: Berrettini signs off with victory over Thiem 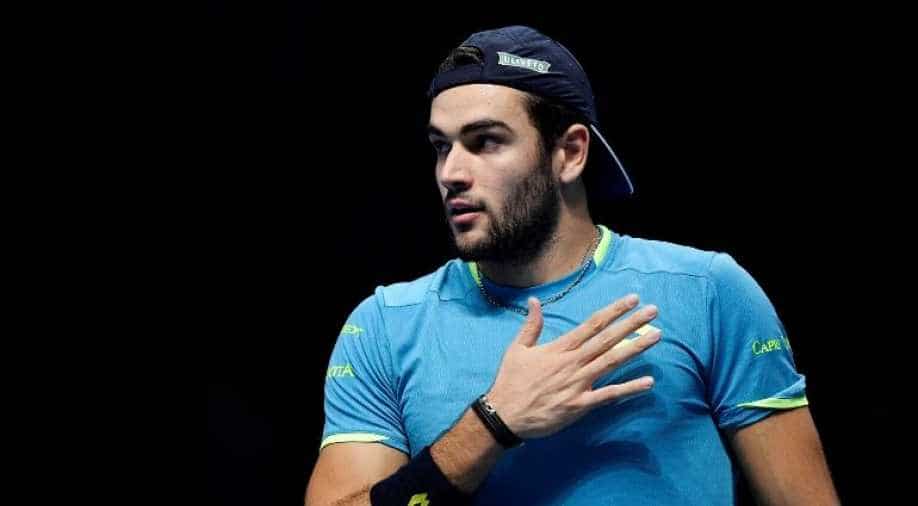 The afternoon tussle was a little flat as Thiem had already sealed a place in the semi-finals after group wins against Roger Federer and Novak Djokovic, while Berrettini could not progress.

Matteo Berrettini became the first Italian to win a match in ATP Finals history as he signed off with a 7-6 (3) 6-3 defeat of off-colour Dominic Thiem at the O2 Arena on Thursday.

The afternoon tussle was a little flat as Thiem had already sealed a place in the semi-finals after group wins against Roger Federer and Novak Djokovic, while Berrettini could not progress.

But the powerful 23-year-old Berrettini, making his debut at the tournament, produced some eye-catching tennis to make sure he heads home with a morale-boosting win.

The 200 ranking points and $215,000 for the group stage win capped a stunning year for Berrettini who was outside the top 50 in January but will end the season ranked eighth.

The only other Italians to qualify for the elite season-ender were Corrado Barazzutti in 1978 and Adriano Panatta in 1975 and neither managed to win a match.

Berrettini served for the first set at 5-4 after breaking the Thiem serve to love in the previous game, but a netted volley handed back the break.

The Italian dominated the tiebreak and grew in confidence in the second set as Thiem, suffering with a cold, failed to repeat the dazzling form he displayed when beating Djokovic in a three-set thriller on Tuesday.

A running backhand pass gave him a break for 4-2 in the second set and he closed out the win in dominant fashion.

Despite losing on Thursday, Thiem has won the group and will be joined in the semi-finals by either Djokovic or Federer who clash for the 49th time in an evening blockbuster.