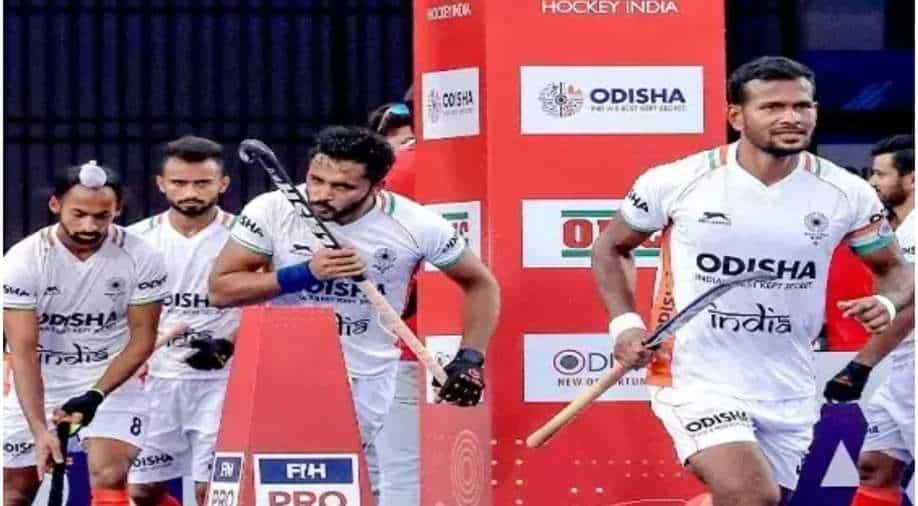 Asia Cup: While the massive win not only secured India's passage into the knockouts of the tournament, it has also led to the exit of arch-rivals Pakistan.

It couldn't have gotten better for India's young men's hockey team as they demolished hosts Indonesia 16-0 to qualify for the Super 4 of the Asia Cup 2022 edition on Thursday (May 26). While the massive win not only secured India's passage into the knockouts of the tournament, it has also led to the exit of arch-rivals Pakistan.

Both India and Pakistan finished on four points each in Pool A behind Japan, however, the holders edged past their Asian neighbours for the Super 4s on the basis of a better goal difference (1). For the unversed, the Indian team, led by Sardar Singh, had to beat Indonesia by a 15-0 margin or more to make it to the next round. Thus, the young brigade rose to the occasion when the odds were against them with a splendid show from Dipsan Tirkey, who returned with as many as five goals. Apart from him, Sudev Belimagga was also among the goal-scorers, finishing with three strikes.

Veteran SV Sunil, Pawan Rajbhar and Karthi Selvam scored a brace each whereas the likes of Uttam Singh and Nilam Sanjeep Xess scored a goal apiece. Earlier in the day, Pakistan went down to title-contenders Japan by a 2-3 margin before India's thumping win sealed their fate in the tournament. Meanwhile, Japan topped the Pool A to now turn their heads to the knockouts in the marquee event.

Earlier, India had drawn versus Pakistan before being hammered by Japan prior to their remarkable comeback. Turning the tides emphatically, India will now look to bank on the momentum achieved and go all-out in the knockouts.