Ashes: Josh Hazlewood flies home, in race against time to be fit for 2nd Test against England 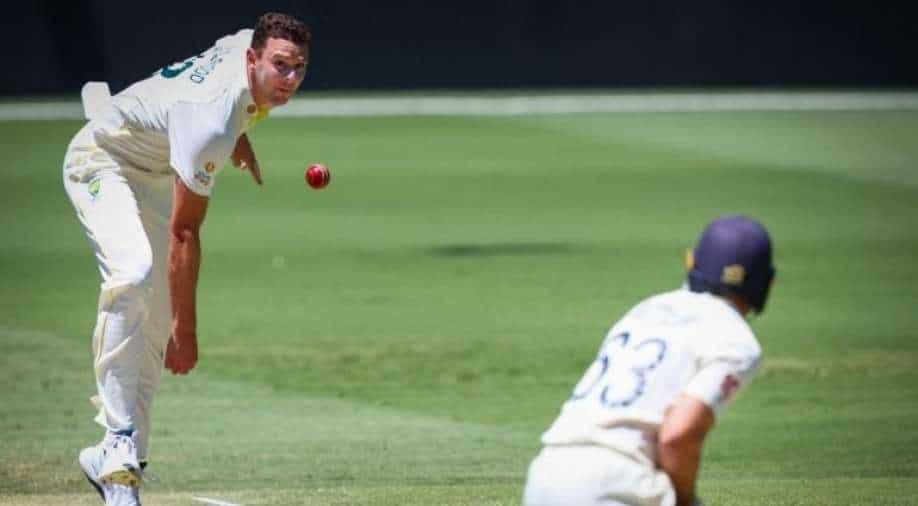 For Australia, losing Hazlewood's services will be a big blow ahead of the day-night encounter at the Adelaide Oval as has scalped 32 wickets at an average of 19.90 in pink-ball Tests.

Australia pacer Josh Hazlewood is now in a race against time to be fully fit for the second Ashes Test in Adelaide starting from December 16. Though Hazlewood hasn't been officially ruled out but if he isn`t available due to mild side strain picked in first Test, then back-up pacer Jhye Richardson could be drafted in his place.

"Josh Hazlewood has been flown home to Sydney on Sunday as he faces a race against time to be fit for the second Vodafone Ashes Test after suffering a mild side strain during the nine-wicket win in Brisbane. The 30-year-old didn`t bowl on the third afternoon at the Gabba and was sent for a scan on Friday night which showed he was at least fit enough to bowl on Saturday," read a report from cricket.com.au on Sunday.

Hazlewood becoming an injury concern came into light when he didn't bowl in the final session of day three during the first Ashes Test at The Gabba. The right-arm pacer returned to bowl six overs on day four and had Jos Buttler caught behind for 23 as Australia won by nine wickets.

For Australia, losing Hazlewood's services will be a big blow ahead of the day-night encounter at the Adelaide Oval as has scalped 32 wickets at an average of 19.90 in pink-ball Tests. In last summer's pink-ball Test against India, Hazlewood was the chief architect of India being shot out for 36 in the second innings, picking 5/8 in just five overs.

Captain Pat Cummins had said after the match that Hazlewood was a bit sore and that Australia will take time in deciding to make him play in second Test.

"(It's) nothing too serious but didn't want it to turn into a huge injury. We don't want to put him in jeopardy for the whole series so we'll take our time. He's a little bit sore so we`re just managing him through -- it`s a five-Test match summer and he`s a key for us, so we don't want to blow him out on day two or three."

If Hazlewood is unavailable for the Adelaide Test, then Jhye Richardson could be his likely replacement. The 25-year-old quick played two Tests against Sri Lanka early in 2019 and has been in outstanding form to start the Sheffield Shield season, picking 23 wickets at an average of 13.43 in four games for Western Australia.

But Richardson will face tough competition from Queensland pacer Michael Neser, who took 5/29 and 2/36 in Australia A`s 112-run victory over the England Lions at the Ian Healy Oval.

Player of the match in the first Test, Travis Head, wicketkeeper Alex Carey and opener David Warner, who is doubtful for the second Test due to rib injury, also flew out of Brisbane early on Sunday ahead of the main players group flying out on Monday to reunite with their families in Adelaide.