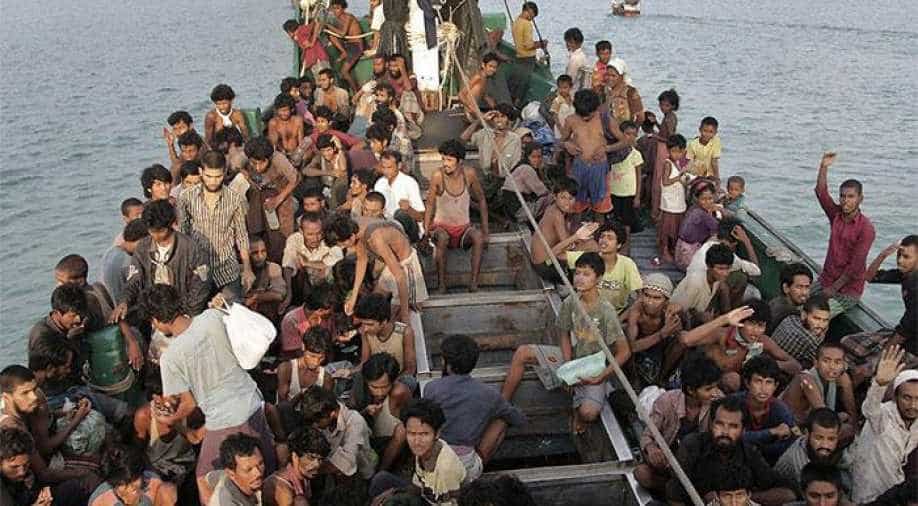 Campaign group Amnesty International said on Tuesday it had gathered evidence that insurgents from a Rohingya Muslim armed group killed scores of Hindu civilians in August last year, amid a surge in violence in western Myanmar.

A military response to insurgent attacks on 30 police posts and an army base in northern Rakhine state the early hours of Aug. 25 pushed almost 700,000 Rohingya Muslims across the border to Bangladesh, many accusing security forces of killings, rape and arson.

Senior UN officials have said the response amounted to ethnic cleansing and that Myanmar's security forces may have committed genocide.

Amnesty International's research is the first published by an international human rights group to document in detail alleged atrocities by the Arakan Rohingya Salvation Army (ARSA).

It said masked ARSA fighters killed as many as 99 Hindus near a remote village named Kha Maung Seik shortly after launching the coordinated attacks on security posts.

Amnesty International cited witnesses including eight Hindu women who alleged they were abducted by ARSA fighters and forced to convert to Islam. Some of the women had earlier told media their loved ones were killed by Buddhists, but later recanted their stories, saying they had been coerced by their captors

Amnesty International cited witnesses including eight Hindu women who alleged they were abducted by ARSA fighters and forced to convert to Islam. Some of the women had earlier told media including Reuters that their loved ones were killed by Buddhists, but later recanted their stories, saying they had been coerced by their captors.

Myanmar is majority Buddhist, and the Rohingya are Muslim. The country also has a Christian minority and a smaller number of Hindus.

Myanmar authorities in September unearthed 45 bodies near Kha Maung Seik and accused the ARSA of carrying out the killings.

Reuters was unable to reach an ARSA representative for comment on Tuesday. ARSA said in a Sept. 27 statement it "categorically denies that any of its members or combatants perpetrated murder" and other abuses in villages including Kha Maung Seik.

Myanmar's main government spokesman Zaw Htay said he could not comment on Tuesday evening as he had not seen the report.

Amnesty International also said it had documented a separate killing of six Hindus by ARSA fighters on Aug. 26 near the town of Maungdaw.

“It’s hard to ignore the sheer brutality of ARSA’s actions, which have left an indelible impression on the survivors we’ve spoken to," Tirana Hassan, Amnesty International's crisis response director, said in a statement.

"Accountability for these atrocities is every bit as crucial as it is for the crimes against humanity carried out by Myanmar’s security forces in northern Rakhine State."

ARSA emerged as a group with earlier attacks on border posts in 2016. Its leader, Ata Ullah, has said it is fighting for the rights of the Rohingya, who have long complained of persecution as a stateless minority in Myanmar.

Reporters have been unable freely to visit parts of northern Rakhine for more than 18 months.

"After careful review of evidence obtained in Bangladesh and Rakhine State, Amnesty International has concluded that ARSA fighters are responsible for the massacre," Amnesty said, calling for Myanmar to grant U.N. investigators access to the conflict area to document atrocities by both ARSA and the military.