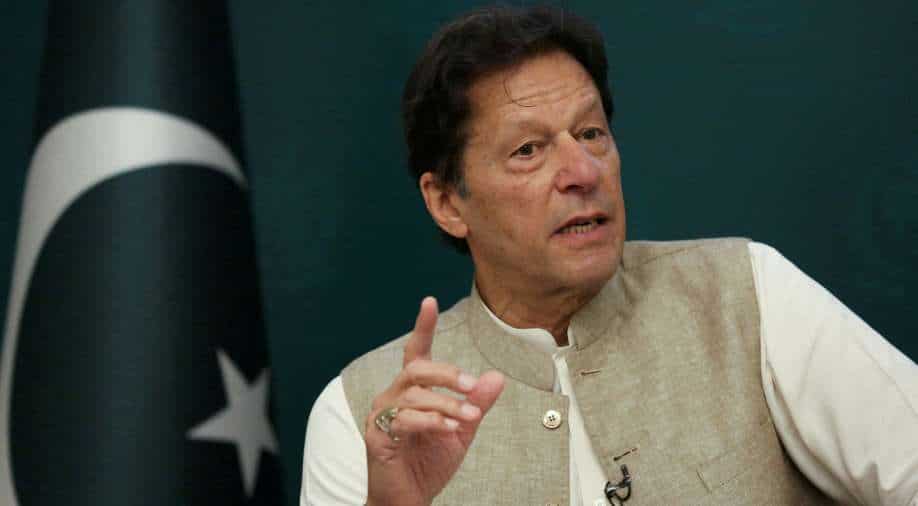 Khan, 69, is heading a coalition government and he can be removed if some of the partners decide to switch sides. The PTI has 155 members in the 342-member National Assembly and needs at least 172 lawmakers to retain power

The voting on the no-confidence motion against Pakistan Prime Minister Imran Khan will be held on April 3, Interior Minister Sheikh Rashid said on Tuesday.

Rashid was addressing the media here in the federal capital over the latest political situation after the Opposition parties submitted a no-confidence motion against Khan on Monday during a session of the National Assembly.

There will be a debate on the no-confidence motion on March 31, followed by voting on April 3, he said, adding that Khan would emerge victorious.

He predicted that all estranged allies would come back to support the government headed by Khan as already done by Pakistan Muslim League-Quaid (PML-Q).

He also said all roads have been cleared and there was no blockade in part of the city after the ruling Pakistan Tehreek-e-Insaf (PTI) and the Opposition parties held separate political rallies on Sunday and Monday.

Rashid also said at least four terrorists were arrested by the security agencies, saving the capital from a huge disaster.

The remarks came as the Pakistan opposition alliance in the last midnight power show vowed to bring down the beleaguered government of Prime Minister Khan.

The Pakistan Democratic Movement (PDM), which among others include Pakistan Muslim League Nawaz (PML-N) and Jamiat Ulema-e-Islam Fazl (JUI-I), organised a big rally on the Srinagar Highway in Islamabad.

PML-N vice president Maryam Nawaz and leader of the opposition in Punjab Assembly Hamza Shehbaz who had started the rally from Lahore on March 26, arrived two days later in Islamabad to join the supporters of JUI-F and other PDM parties who had already set up a camp.

I challenge you to have 172 MNAs with you on the voting day on the no-trust motion, she said.

She accused Khan of putting down his most trusted Punjab Chief Minister, Usman Buzdar, to save his power after the government decided to replace him with Chaudhry Pervez Elahi to win the support of his Pakistan Muslim League-Quaid party.

You pushed your most trustworthy man [Buzdar] into the water to save your own rule. We have not seen such an ungrateful man in our whole lives, she said.

She also said that Khan claimed a foreign conspiracy to topple him and blamed him for showing a fake letter at the rally a day earlier.

She said Khan had lost people's confidence, as proved by the ruling party's defeat in 15 out of 16 by-elections in recent months.

Several other PDM leaders also addressed the gathering and they also announced to change their rally into a sit-in and the workers would be camping until the vote of no-confidence was held.

Khan, 69, is heading a coalition government and he can be removed if some of the partners decide to switch sides. The PTI has 155 members in the 342-member National Assembly and needs at least 172 lawmakers to retain power.

Khan came to power in 2018 with promises to create a Naya Pakistan' but miserably failed to address the basic problem of keeping the prices of commodities in control, giving air to the sails of opposition ships to make war on his government.