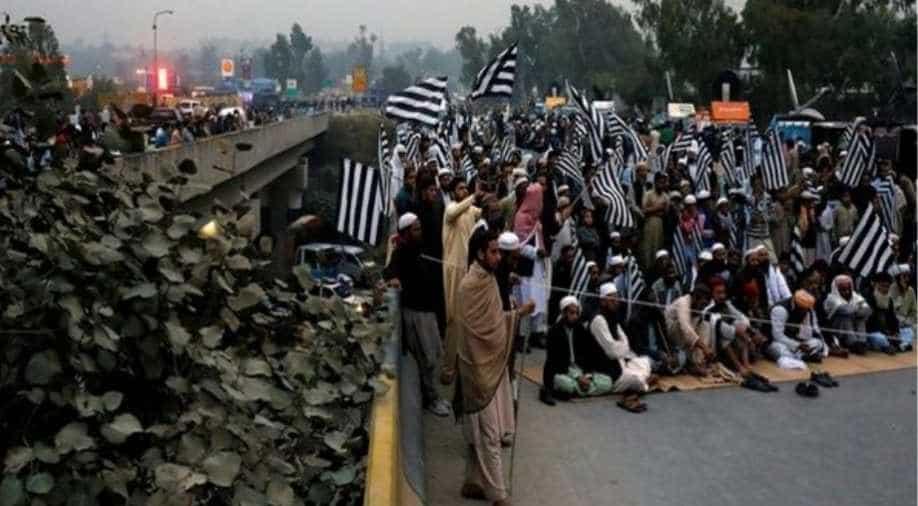 The protests, led by JUI-F chief Fazlur Rehman, had begun with an anti-government Azadi March on October 27 from Karachi.

Thousands of Jamiat Ulema-i-Islam-Fazl (JUI-F) protesters continued to block highways across Pakistan for the fourth consecutive day on Sunday as part of what the party calls 'Plan B', initiated in a bid to oust Prime Minister Imran Khan.

The protests, led by JUI-F chief Fazlur Rehman, had begun with an anti-government Azadi March on October 27 from Karachi.

After a 13-day sit-in on Islamabad's main highway, Rehman had ordered the protesters to disperse across the country on Wednesday.

Acting on the same, the JUI-F and Pashtunkhwa Milli Awami Party workers continued to block the Quetta-Chaman Highway on Sunday, affecting the traffic in the region. The sit-ins were also witnessed on Indus Highway Link Road as well as the Hub River Road, Geo News reported.

Fazlur, who is amongst the most pragmatic and deft politicians in Pakistan, had in June this year announced that his party would hold a long march to Islamabad in October. The march kicked off from the port city of Karachi on 27 October, with rallies from Balochistan province also joining the march in Karachi, and descended upon Islamabad on October 31.