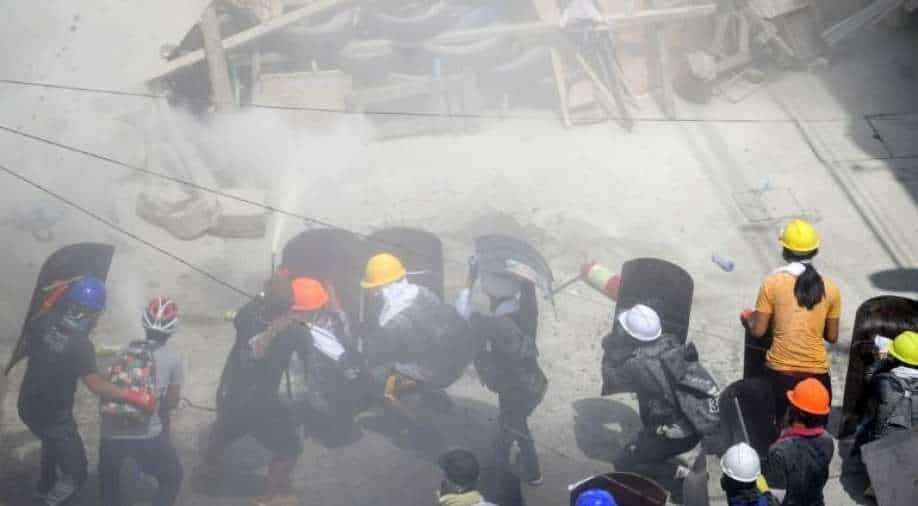 Reports said several people were injured in the northwestern town of Kale after police fired live ammunition to disperse the crowd.

Myanmar police opened fire on protesters once again on Tuesday in Yangon as anti-military protests continued in the country.

The protesters had gathered in different parts of Yangon clutching makeshift shields as they chanted slogans against the military as authorities moved to quell the demonstrations.

Reports said several people were injured in the northwestern town of Kale after police fired live ammunition to disperse the crowd.

At least 21 protesters were killed over the weekend as authorities fired live rounds amid an escalation of violence in the country.

The increase in violence comes as foreign ministers of neighbouring countries are due to hold talks with the military as demonstrators continue to demand restoration of democracy in the country.

The military had taken ousted Aung San Suu Kyi's democratically elected government on February 1 and imposed a state of emergency for one year triggering nationwide protests.

Several nations have condemned the coup with Canada, Britain and the US imposing sanctions against Myanmar generals involved in the military coup.

The military junta had complained of voter fraud during the November elections, a charge dismissed by the country's election authorities, including Germany and Italy who called on Myanmar envoys to restore democracy.