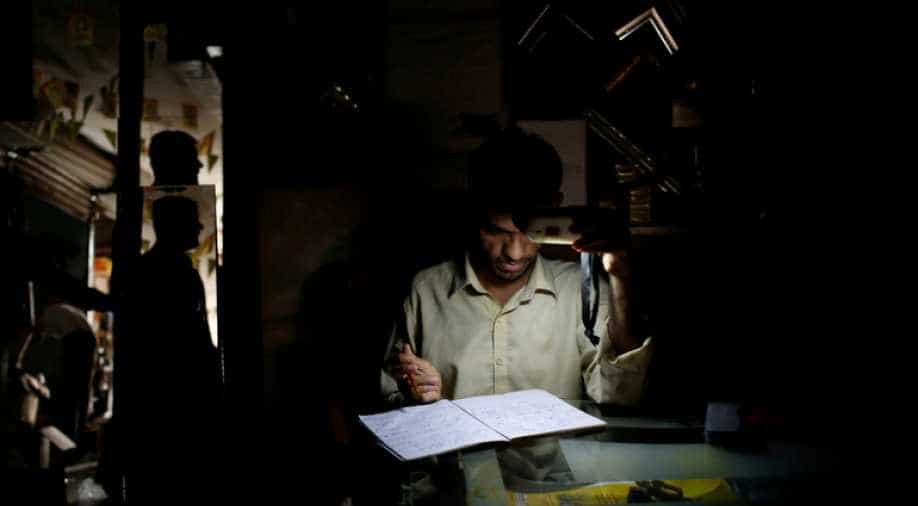 A man uses battery powered light while working at a shop during a power breakdown in Karachi, Pakistan. Photograph:(Reuters)
Follow Us

A power cut hit large part of Pakistan on Wednesday, suspending work at factories and businesses in its industrial heartland and highlighting the challenges successive governments have faced in getting to grips with chronic power shortages.

The power cut could play into politics in the run-up to a general election, expected in July, given that the ruling Pakistan Muslim League-Nawaz (PML-N) party, had made ending power blackouts a central promise in its last election campaign.

Zafar Yab Khan, a spokesman for the ministry of energy, said the blackout had hit most of eastern and northern Pakistan after a major section of the national grid "tripped", or suddenly shut down.

"Due to tripping of a major plant, the north system is off," Khan said.

He said the cause was not known but was being investigated.

Khan said the problem affected Khyber Pakhtunkhwa province in the northwest and Punjab in the east, Pakistan's most populous province and its industrial and agricultural heartland.

Power in the south was not interrupted.

Punjab's capital, Lahore, was among the major cities affected. The power was also out in the national capital, Islamabad.

Khan said it was hoped power would be restored soon with "gradual restoration of grids and feeders."

Media showed pictures of people sweltering at the hottest time of the year in markets and offices.

The ruling party won the last election, in 2013, vowing to end power outages before the next polls.

Power cuts and scheduled outages, known as load shedding, in urban areas have been sharply reduced from about 12 hours a day previously to only occasional outages now.