Identity and development in the 2017 Uttar Pradesh elections 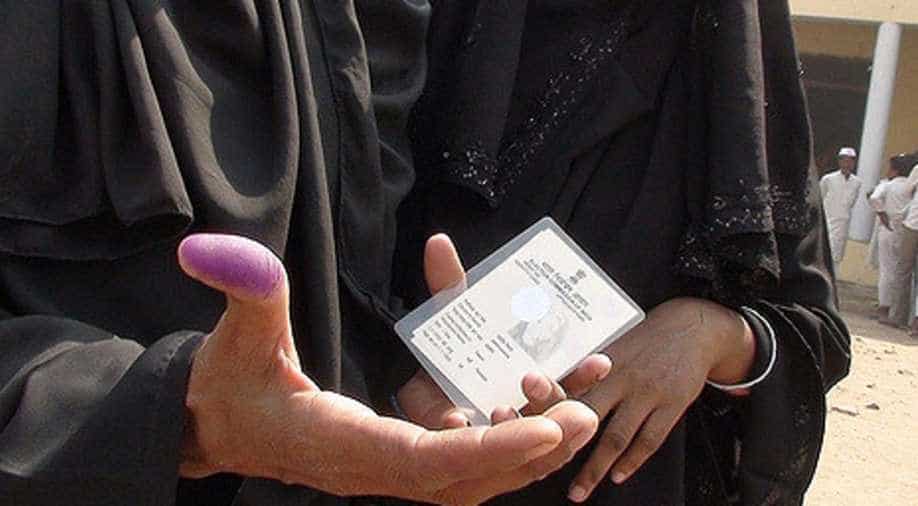 Increasing number of disadvantaged groups in Uttar Pradesh are part of the ruling elite now, with an access to state resources Photograph:( Others )

It is commonly said that the road to New Delhi passes through Lucknow, the capital of Uttar Pradesh. UP is not just any other state. It is the largest with a population of over 200 million, and is politically an extremely important state but also one of the most socio-economically backward in India.

With its 80 Members of Parliament (MP) and 403 Members of Legislative Assembly (MLA), UP has been the nerve centre of Indian politics. In the 2014 national election, the Bhartiya Janata Party (BJP) swept the state, winning 71 of these seats (with coalition partner Apna Dal winning two more). Without a large number of seats from UP, the BJP and its National Democratic Alliance (NDA) would not have had the majority to form government at the Centre.

The importance of UP for national politics can never be overstated. The results of a bitterly fought and excessively long (7-phase) 2017 assembly election will have a crucial bearing on the template of the 2019 elections.

Over the years, UP has seen remarkable changes in its politics both within and across ruling parties and coalitions. The impetus for change originated in the political realignments that began to take place in the late 1980s. The emergence of Hindu nationalism and caste-based parties gave momentum to the process of identity politics, occupying spaces vacated by the once-dominant Congress party.

The tropes of Mandal Commission controversy and the Babri Masjid issue dominated the political narrative in the 1990s. Later, as Dalit mobilisation reached a high tempo, it shaped electoral outcomes in this crucial state. The churning in UP was the most stunning expression of a new political paradigm, with caste-based parties and factions disrupting traditional arrangements and drawing hitherto marginalised forces into play. Two political parties, the Samajwadi Party (SP) and the Bahujan Samaj Party (BSP) symbolised this process.

The SP and BSP have governed the state for most of the past two decades. These parties and the governments they dominate have empowered the lower castes. Both parties have raised the standing and representation of the Dalits and Other Backward Classes (OBCs). Consequently, increasing number of disadvantaged groups are part of the ruling elite now, with an access to state resources. Though a lot still needs to be done, economic and educational development has weakened caste barriers in Uttar Pradesh.

But castes are not classes. Constructed around caste, political representation and the activism surrounding it inevitably promotes symbolic rather than substantive changes. The politics is crucially limited by bitter competition for power and fights over resources. It is also marred by the absence of a common agenda on structural changes which could have facilitated the redistribution of resources.

If we compare the Samajwadi party with parties in South India, it is clear the latter draws on a much longer history of social mobilisation and this has defined substantive social welfare agenda in the southern states. In UP, by contrast, political empowerment was not building on a long record of social mobilisation.

In fact, OBC politics in Uttar Pradesh came into its own during the implementation of the Mandal Commission recommendations that gave the members of backward classes a political heft. from the outset, it was principally a top-down process of gaining power. No attention was paid to the promotion of broader social policies with the aim to level the playing field for everyone. In Uttar Pradesh, OBC and Dalit politics was all about transforming the pre-existing balance of social powers, and not addressing socio-economic inequalities. Clearly, poverty is not seen as a problem on par with the problem of social inequality. Consequently, the state has lagged behind in terms of economic and social development in comparison to other Indian states.

The two overarching themes of this election are the growing discontent with under-development and the wider aspiration for development.

The 2017 assembly election in Uttar Pradesh marks a transition from identity politics to the politics of development. The two overarching themes of this election are the growing discontent with under-development and the wider aspiration for development. Although the overall record of the past five years of the Samajwadi party led government is not encouraging, there had been a spurt in development activities in the last two years. In the event, the election is being contested on the promise of development.

The current Chief Minister Akhilesh Yadav’s slogan ‘Kaam Bolta Hai’ (the work speaks for itself) signals the attempt at building a counter-narrative around economic development. Akhilesh has gone to the polls showcasing new expressways, the Lucknow metro project, distributing laptops to students and bicycles to girls. Prime Minister Narendra Modi’s mordant criticism of the UP chief minister’s development work and his pungent disparagement of the claims all other parties underscore the sharp divide over which party can promote development better than others.

Meanwhile, BJP claims ‘it will end development’s 14-year exile in UP’.

As the 2017 election progressed from western to eastern UP,  the focus of political campaigning shifted from development to the religion and caste arithmetic of the past. Speeches of almost all the major leaders suggest that religious polarisation is emerging as the central theme again. But the calculation is driven by a different impulse this time; there is a novel desire to remove caste and religion as the basis for economic distribution rather than the explicit assertion of it.

Some of the development policies and promises do appear to have had an electoral impact, this cannot be construed as an indication of the end of identity politics. All parties, in varying degrees, remain anchored to a caste-community calculus. But the dynamics of voting goes beyond the arithmetic of caste. And that makes politics of UP qualitatively different from the identity politics of the past.

The 2017 campaign signifies that there is no contradiction between identity and issue-based politics. This necessitates that politicians underplay caste and communal identities and touch overarching topics. The sharper import of issue-based election might actually merge with identity-based social groupings. This coalescence would not do away with caste/community-based voting trends, but these are increasingly informed by development concerns.

While voters say issues, such as livelihoods, employment and law and order are key concerns but when it comes to voting, there is a community bias in this election which is likely to overpower the instinctive caste bias of the UP voter. Every single news report indicates that most upper-caste Hindus are expected to vote for the BJP and they will be doing so for communitarian rather than caste reasons. Along the same line, the BSP and SP, claiming to represent the socially backward population as a whole, provide disproportionate representation to Dalits, Muslims and OBCs respectively. 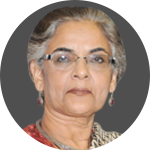