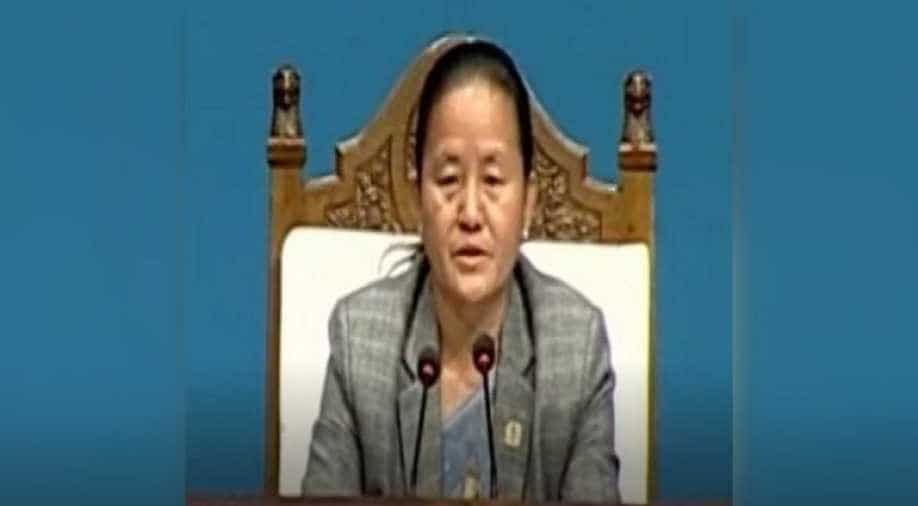 Agni Prasad Sapkota fielded as a candidate for Speaker of the House.

Deputy Speaker of House of Representatives, Shiva Maya Tumbahangphe, announced her resignation from the post on Monday afternoon. Tumbahangphe's resignation came shortly after she chaired the House meeting at 1 pm (Local Time) on Monday.

"In order to vent this confusion, I have been minutely observing ongoing discussions. Majority owing party in House Of Representatives have claimed leadership; facilitation of proceeding as per our constitutional and legal practices," Tumbahangphe said while addressing the House meeting.

Ruling Nepal Communist Party has fielded Agni Prasad Sapkota as the candidate for the Speaker of the House. Opposition Nepali Congress is yet to decide over the candidate it would file for the post.

The post of Nepal's Parliament has remained vacant since early October 2019 when Krisha Bahadur Mahara had to resign from the post following the allegations of rape.

Article 91 (2) of the constitution has the mandatory provision of electing the speaker and deputy speaker from different political parties and gender.