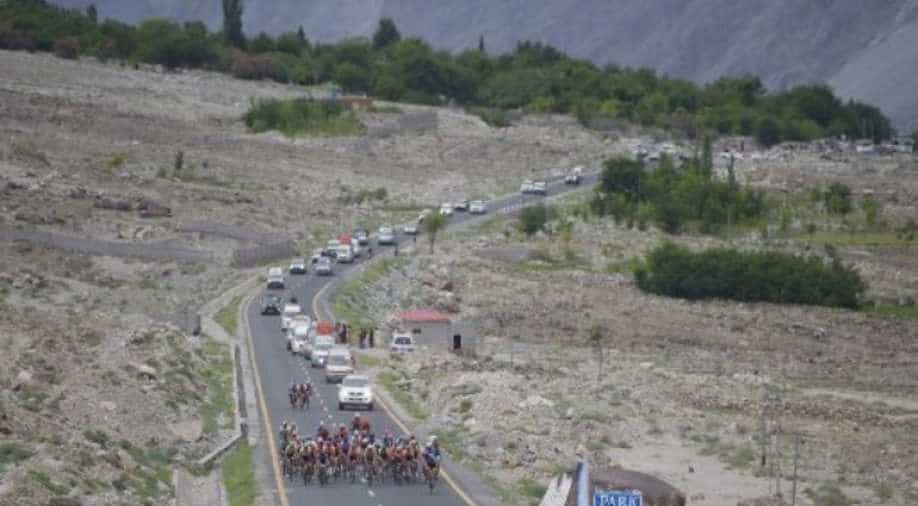 Extensive snowfall or floods caused due to the melting glaciers in the region is symbolic of the climate change that has affected the region, which is under Pakistan`s illegal occupation, in recent times.

The exploitation of natural resources by China and Pakistan that has affected the ecology and demography in Gilgit Baltistan remains a major concern for the local residents of the region.

Extensive snowfall or floods caused due to the melting glaciers in the region is symbolic of the climate change that has affected the region, which is under Pakistan`s illegal occupation, in recent times.

Khadim Hussain, a resident of Gilgit city in PoK said, "Gilgit Baltistan is known for its freshwater resources. Many tourists get attracted to the incredible glaciers. But since the last few years, the region has witnessed serious effects of environmental damages. The glaciers melt during the summer season floods the entire region."

"Last year, a lake was formed after a glacier melted in the Ishkoman area of Gilgit due to drastic changes in climatic conditions. Also, I have never seen such a heavy snowfall during winters in the past," he added.

The ill-effects of environmental degradation and large scale deforestation by Pakistan and China have started showing up its effects.

As part of its multi-billion-dollar China Pakistan Economic Corridor (CPEC), Beijing has made huge investments in the mining and highway projects in Gilgit Baltistan.

At the behest of the Islamabad, Chinese companies are reportedly plundering natural resources in the region, including gold, platinum, cobalt and precious gemstones like topaz and aquamarine.

The CPEC project is built at the cost of felling an uncounted number of trees and acquiring acres of land, which is changed the demography of Gilgit Baltistan.

"Whether it is the local administration or the government of Pakistan, no one has carried out any research. Deforestation is the major cause of climatic change here. An unabated felling of trees is being done here. More than 170,000 trees are being cut down per year to fulfill the need for fuel. It is a big issue on which work has to be done," Khadim said.

Despite being a land of natural resources, indigenous people of Gilgit Baltistan are forced to live in poverty. It remains one of the poorest regions in Asia with around 85 per cent of its population striving to live on subsistence agriculture.

The locals also have no access to basic amenities such as cooking gas. The majority of them are dependent on wood from forests.