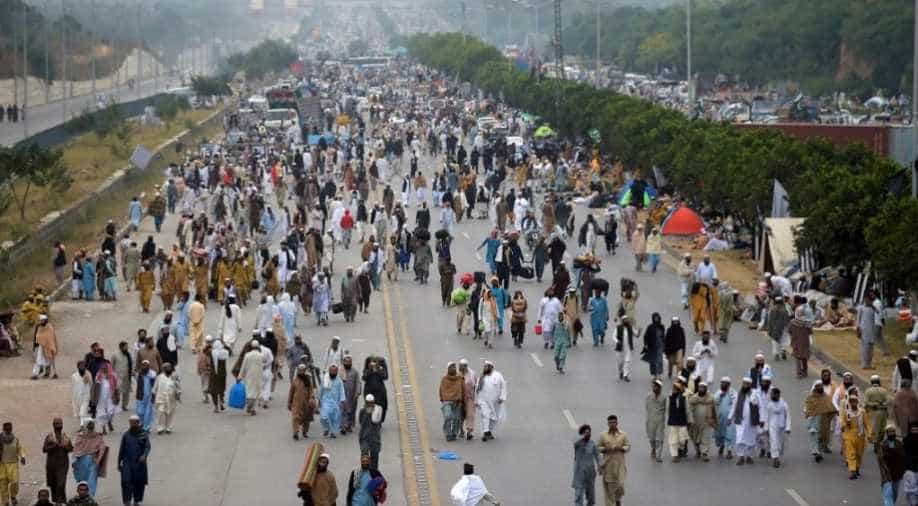 JUI-F party leader and Rahman's spokesperson Akram Khan Durrani confirmed that the planned rally will take place on Friday as a part of the anti-government protests, The Dawn reported.

The anti-government 'Azadi March' caravans led by Maulana Fazlur Rahman, the chief of the right-wing Jamiat Ulema-e-Islam Fazl (JUI-F) party entered the country's capital Islamabad on Thursday evening and opposition parties participating in the massive protest are scheduled to hold a rally after Friday prayers.

The march, spearheaded by Rehman, kickstarted from Karachi's Sohrab Goth area on October 27 amidst a massive show of strength by the party workers from other opposition parties including Pakistan Muslim League-Nawaz (PML-N), Pakistan People's Party (PPP), and Awami National Party (ANP).

JUI-F party leader and Rahman's spokesperson Akram Khan Durrani confirmed that the planned rally will take place on Friday as a part of the anti-government protests, The Dawn reported.

The Azadi March caravans travelling across the country will enter Islamabad and spend the night in the capital, Durrani earlier said.

Earlier on Thursday, Rahman asserted that the rally would take place today, despite an announcement by the PML-N that it was postponed.PML-N leader Ahsan Iqbal had said that the Islamabad rally scheduled for Thursday was postponed to Friday in the wake of the Tezgam train accident near Liquatpur city in Rahim Yar Khan district of Punjab province.

Zardari's decision to participate in the anti-government rally came after a meeting of the party's senior leadership.

Informed sources told The Dawn that PML-N president Shehbaz Sharif is expected to join Rahman in his Azadi March rally in Islamabad. The PML-N leader is scheduled to depart for Islamabad from Lahore and is expected to address the gathering in the capital.

The purported aim of the march is to oust Imran Khan, who has been at the helm for just over a year.Imran Khan has made it clear that he will not succumb to pressure from the Opposition and not resign from his post.