Israel elections: Who women vote for and how it’s shifting 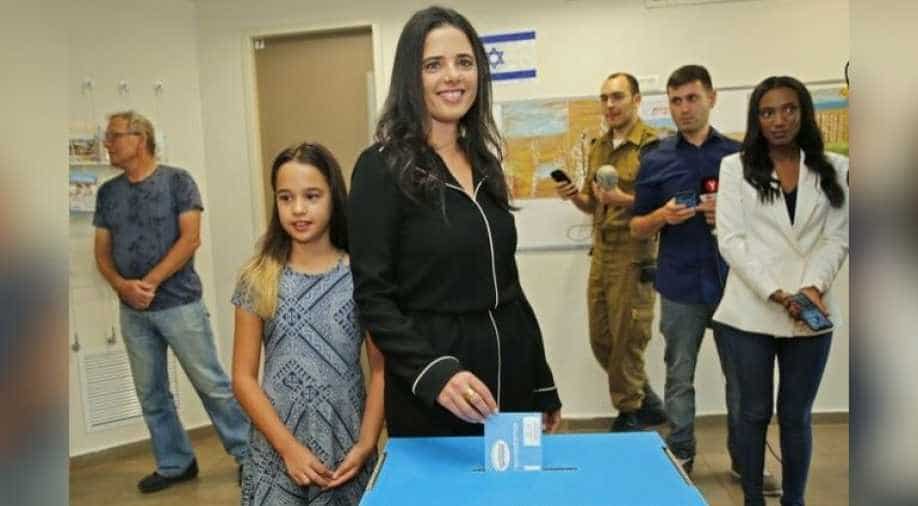 A key question is whether having a woman who is also secular, leading such a right-wing religious alliance for the first time, will affect Israeli voting patterns.

Israelis are heading to the polls in a unique election. The vote on September 17 is the first time Israelis will vote in two elections in the same year, after the Likud party, led by Prime Minister Benjamin Netanyahu, failed to form a new coalition government following the April 2019 election. It’s also exceptional in terms of female political leadership – the only woman heading a party in this election, Ayelet Shaked, is a secular woman leading an alliance of religious, right-wing parties.

Shaked, Israel’s former minister of justice, established the New Right party together with Naftali Bennett, the former minister of education, in December 2018 ahead of the April election. But the party, which includes both religious Zionist and secular members, didn’t get a high enough percentage of the vote share to win any seats in the Knesset, Israel’s parliament, under the system of proportional representation.

Shaked replaced Bennett as party leader and a few months later was chosen as leader of the Yamina alliance (which means “rightwards”), comprised of three right-wing parties: The New Right, the Jewish Home and the National Union-Tkuma. According to the latest polls, Yamina is heading to become the fourth largest party in the next Knesset and could have a part to play in forming the next government.

A key question is whether having a woman who is also secular, leading such a right-wing religious alliance for the first time, will affect Israeli voting patterns.

International studies on voting for women candidates show that women tend to vote for women candidates more than men do. Still, support of women voters for women candidates such as Shaked is far from automatic. It’s conditional on many factors, particularly on the relation between the presence of prominent female candidates and the issues which their party promotes. For instance, a female candidate from the left may attract more women, since her party itself promotes issues that are considered “feminine”, such as gender equality, welfare policy and education. However, this does not necessarily mean the candidate herself is a feminist.

Analyses of voting patterns in Western democracies found that in the 1950s and 1960s, women voted more conservatively than men and tended rightward – something that’s been called the “traditional gender gap”. But subsequently, this pattern became less clear and consistent. Starting in the 1980s in the US and in the 1990s in parts of Europe, women began to vote for left-wing parties more than men – what’s been called the “modern gender gap”. This shift has been attributed to changes in women’s employment and education, family structure and the permeation of feminist ideas in public debates.

In Israel, unlike most Western democracies, the common wisdom among researchers and political pundits was that there were no significant differences between the voting patterns of women and men. However, in the 2009 Knesset election, research I conducted with my colleagues Hanna Herzog and Michal Shamir, revealed a gender gap of 7 per cent, where 28 per cent of Jewish women versus 21 per cent of Jewish men voted for the centre party Kadima, led by a female politician, Tzipi Livni.

This pattern held up even when considering the fact that women were more captivated by the security agenda and expressed more hawkish attitudes than men about increasing the defence budget, expressing consent to the establishment of a Palestinian state and evacuating settlements. These are views traditionally associated more with right-wing parties. In that election, Arab women also voted more than men for Balad – an Arab party, which had a woman candidate, Haneen Zoabi, with a realistic chance of making it to the Knesset – the first time an Arab party had done so.

In our follow-up studies, which analysed the gender gap in Israeli elections between 1969 to 2013, we documented a gradual transition from a traditional gender gap to a modern one in left-right political ideology and in voting. Since the mid-1990s a modern gender gap can be identified, similar to the trends found in other Western societies.

Women Voters Shift to the Left

Shamir and I have also begun analysing voter patterns in the April 2019 Israeli election. Based on the Israel National Election Study (INES), which includes 1,347 Jews and 267 Arabs, our initial findings reveal a significant gender gap of 7 per cent among Jewish respondents, where Jewish women tended to support the centre-left party bloc more than Jewish men. This is despite the fact that women-headed only two small left-wing and centrist parties – Meretz and Gesher – and were not considered realistic candidates for the premiership.

Our initial results also suggest that Jewish women tended toward the left compared to Jewish men on socioeconomic issues. They support a welfare policy more than men do. They also ranked the value of being a democratic state as the most important value to them, compared to Jewish men who ranked being a Jewish majority as the most important value to them. This may explain, at least to some extent, the gender gap in voting patterns in the April 2019 election.

The fact that a woman is now heading a right-wing alliance challenges the recent alignment of women’s interests and women’s leadership in Israeli elections – where women leaders have led centre left-wing parties. It will be interesting to see how both men and women voters react to the Yamina alliance and Shaked – who sees herself as a future prime minister.