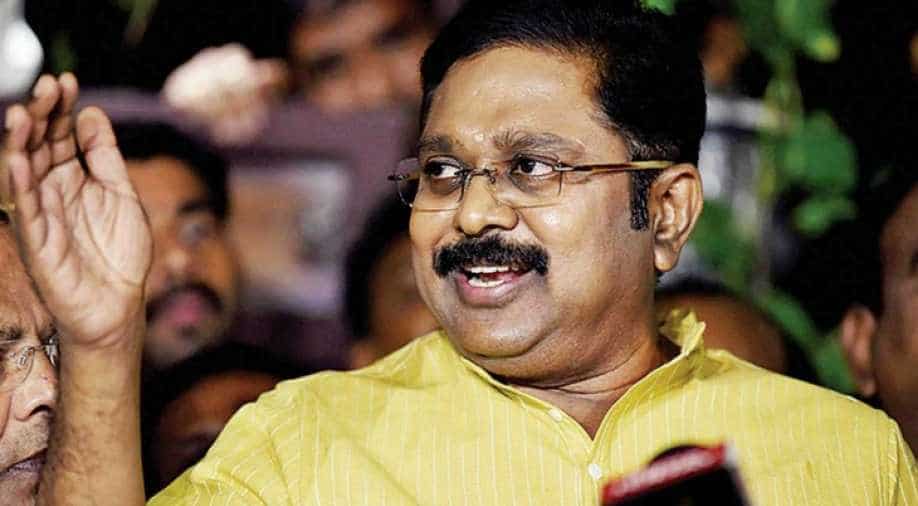 Dhinakaran defeated his nearest rival E Madhusudhanan of the AIADMK by 40,707 votes, officials announced as the counting of votes ended. Photograph:( Others )

Sidelined AIADMK leader and independent candidate TTV Dhinakaran has won the RK Nagar bypoll beating his rival, AIADMK's E Madhusudhanan by over 40,000 votes. Dhinakaran defeated his nearest rival E Madhusudhanan of the AIADMK by 40,707 votes, officials announced as the counting of votes ended.

While addressing the media after scoring thumping majority in the RK Nagar bypolls, AIADMK leader TTV Dhinakaran has said that the existing AIADMK government will go in three months. Dhinakaran was referring to the Edappadi K Palaniswami and O Panneerselvam government.

Jairam Thakur to be sworn in as Himachal Pradesh CM on December 27, PM Modi to attend

All speculation over the next chief minister of Himachal Pradesh came to rest Sunday with the BJP announcing five-time legislator Jairam Thakur as the party's next leader in the legislative assembly The swearing-in ceremony for the BJP leader will take place on December 27. Prime Minister Narendra Modi will also attend the ceremony.

The president of All India Muslim Personal Law Board, Sajjad Nomani has said that he will request Prime Minister to intervene and withhold and withdraw the Triple Talaq bill. "No procedure was followed in drafting this bill, neither any stakeholder was consulted," he said.

A day after Pakistani forces killed four Indian soldiers in across the Line of Control (LoC) Jammu and Kashmir, Pakistani soldiers again targeted Indian forward posts and villages in the states's Poonch district on Sunday afternoon. Firing between the two sides was going on when the last reports came. Indian troops guarding the LoC retaliated effectively, a police official said.