Sushma Swaraj, Smriti Irani, Nitin Gadkari & some allies get calls as Modi gears up to take oath as PM 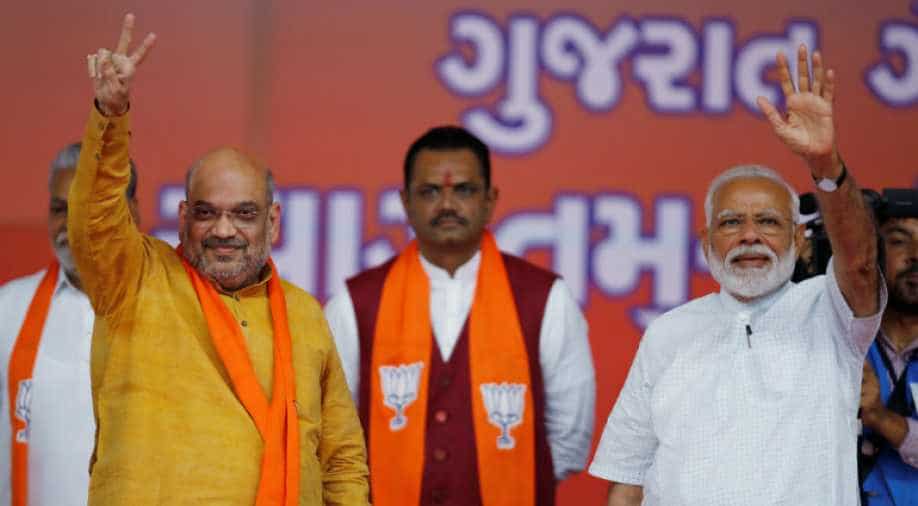 Modi, along with his Council of Ministers, will take oath as the 15th Prime Minister of India at 7pm in the forecourt of the Rashtrapati Bhavan in New Delhi

As Narendra Modi gets ready to take oath as Prime Minister for the second time, the details of his new Council of Ministers are trickling in.

According to sources, senior BJP leaders Sushma Swaraj and Rajnath Singh have received a call from the Prime Minister's Office (PMO). Swaraj was the high-profile External Affairs Minister in the last government and there was speculation that she might not get a ministerial berth this time around as she did not contest elections citing health grounds. Singh was the Home Minister in the previous tenure of the Modi government.

The names of probable ministers in the new government are emerging after a meeting between Modi and BJP president Amit Shah met at 7 Lok Kalyan Marg, the official residence of the PM on Thursday morning. Modi and Shah have been brainstorming to decide the contours of the Cabinet after the results were announced on May 23.

Nirmala Sitharaman, who was the defence minister in the last government, has received a call, said sources, and so has BJP leader Jitendra Singh.

Giant slayer and textiles minister Smriti Irani has also received a call and is expected to return to the Modi Cabinet. She wrested Amethi from Rahul Gandhi in the Lok Sabha polls and is likely to get a plum post. Irani has earlier served as Information & Broadcasting and HRD minister.

BJP leader Sadananda Gowda said today that he has also received a call from BJP chief Amit Shah. "I received a call from Amit Shah. He said that I should be there at home office of PM at 5 o'clock and swearing-in ceremony at 7 o'clock. At 5 o'clock, the PM will have tea with cabinet and other ministerial colleagues and then we'll go to Rashtrapati Bhavan to take oath," he told reporters.

Republican Party of India (RPI) chief Ramdas Athawale and Lok Janshakti Party (LJP) chief Ram Vilas Paswan are among the allies who have received calls to be part of the swearing-in ceremony scheduled for today evening. The other allies to be invited to be part of swearing-in ceremony is Harsimrat Kaur Badal, who was the food processing minister during the previous tenure of the NDA government.

Watch: Names of ministers in Modi's new Cabinet is out

Apart from those mentioned above, these leaders have also got invite to be part of the swearing-in ceremony:

Modi, along with his Council of Ministers, will take oath as the 15th Prime Minister of India at 7pm in the forecourt of the Rashtrapati Bhavan in New Delhi. President Ram Nath Kovind will administer the oath of office and secrecy at the function.

The President of Kyrgyzstan, Sooronbay Jeenbekov will also be present at the event.

Several overseas friends of BJP from 15 countries, including the US, Australia, Germany, and the UK, have also been invited. Modi has also invited families of CRPF personnel who lost their lives in the Pulwama attack in February.