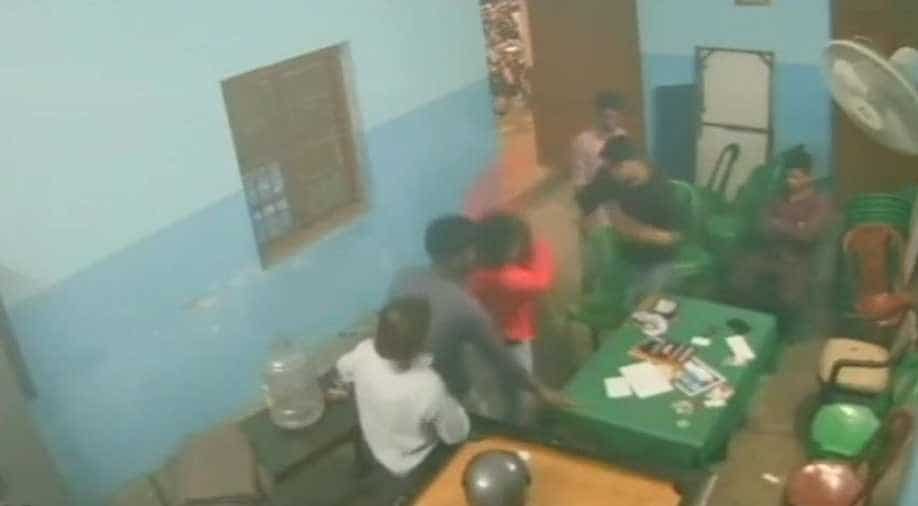 There were other students present in the room but no one came to her rescue. Photograph:( ANI )

In a video that went viral on the internet, a member of Trinamool Congress Chhatra Parishad - TMC student wing, is seen assaulting a girl inside the college premises of Rishra Bidhan College in Hooghly, West Bengal.

The incident, which was caught on CCTV camera, took place on December 4 last year inside the Union Room of the college.

The victim on Wednesday lodged a complaint against the offender, the college students union`s General Secretary Sahid Hasan Khan.

In her complaint, the girl had alleged that she was harassed, heckled and subjected to violence many times by the student leader.

In the video, the offender first slapped the girl and tried hitting her with a glass cover. Later he kicked and thrashed her several times.

There were other students present in the room, but no one came to her rescue.